Don’t Forget To Look Under The Hood 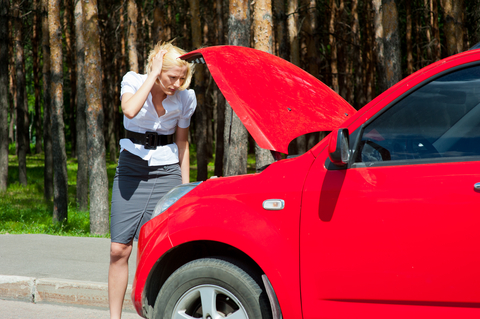 The S&P had a decent day. It gained nearly ¾%. It remains in a longer-term uptrend and is just shy of all-time highs.

So, all is good in the world?

Well, not exactly. As you likely know, I look at 2,000 or so charts every night. Some think this is overkill and that there are more efficient ways of doing things. “To each his own” I think the more you put in the more you get out. For me it gives me a real feel for what’s really going on. Looking under the hood is key.

Before we look under the hood, let’s look at the Quack and Rusty.

The Quack had a decent day. It gained a little over 1%. Nevertheless, it is on the cusp of “Bowtie-ing down.” The 10 simple moving average (SMA), 20 exponential moving average (EMA), and 30 EMA are quickly changing from uptrend proper order (10SMA>20EMA>30EMA) to downtrend proper order (10SMA<20EMA<30EMA)-giving the appearance of a “Bowtie.”  When this occurs after a major high it is often a cause for concern. As I preach, not every transitional sell signal will turn into the mother-of-all tops but every top will have a transitional sell signal. So, it pays to pay attention.

The Rusty (IWM) had a very impressive day. It gained just over 1 ¾%. It remains below some short-term resistance (its prior trading range). The moving averages are turning down but haven’t crossed just yet.

Now, to the sectors:

There is some good out there.

The Banks managed to make it to new highs. If they can hold here, then it would negate a potential double top.

Aluminum broke out to multi-year highs.

The Transports had a decent day. They are just shy of all-time highs.

Most of the stronger areas recently have been defensive in nature. Energies took a pause yesterday but their breakout remains intact. The Foods continue to hit new highs. Ditto for Utilities.

Many areas still look questionable though. And, so far, they only appear to be bouncing.

It could be a case of the bigger they are, the harder they fall with areas such as Leisure, especially, Resorts and Casinos which look poised to make a new leg lower.

Ditto for Drugs and especially Biotech are also set up to make a new leg lower.

Retail, Manufacturing, and many others remain below their prior peaks. So far, they still look like potential double tops in the works.

So, in looking under the hood, all isn’t good.

As usual though, take things one day at a time. You really don’t want to make any drastic decisions as long as the overall market can remain near new highs.

So what do we do? There seems to be a major sector rotation towards defensive areas. Keep an eye out for setups here. On the short side, continue to look for opportunities in those areas that appear to be falling from grace. The bigger they are, the harder they will likely fall since the most amount of people are on the wrong side when the trend finally ends and the new trend begins. The best thing you can probably do is to take things on a setup by setup basis. Right now I’m only seeing a few longs in the defensive areas and quite a few shorts in the previous high fliers. Regardless of what you decide to do—warning, preaching ahead—make sure you wait for entries on new positions. This, in and of itself, will often keep you out of new trouble on a lack of follow through. And, of course honor your stops on existing positions. As I preach, let the market take you out of old positions and put you into new ones. When done properly, before you know it you find yourself in the right sectors and on the right side.