Don’t Be A Bull And Don’t Be A Bear, Be Aware – Dave Landry on Trading 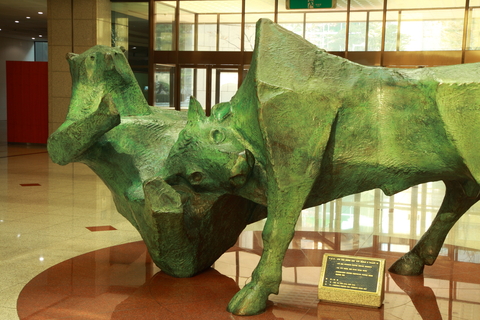 Yesterday, I discussed  that the selloff in the Ps (S&P) may have been a false move out of a low volatility situation. I also discussed that sometimes the first move is a false one. The Ps didn’t set the world on fire but they did have a decent rally nonetheless, tacking on a little over 1/3%. This action has them stabilizing after just breaking down out of their short-term range. So, so far, their first move has been a false one. This suggests that they are poised to go on to make new highs. Backing the chart out a bit and you’ll see that we still haven’t cleared the July peak decisively. In fact, the market is sitting right on top of it. I think this leaves us at an inflection point. If the market fails to make new highs soon, we might have to become even more selective on the long side and even consider a short or two.

As usual, take things one day at a time. The futures are getting hit hard pre-market so this could throw a wrench in the new high argument, at least temporarily.

The Quack (Nasdaq) had an okay day, gaining exactly ¾% which makes Tuesday pretty much a “do over.” It remains in a longer-term uptrend but shorter-term, it remains stuck in a range.

The Rusty (IWM) also had an okay day, gaining just over ½%. In general, it has been clawing its way higher but lately it has lost some momentum.

The sector action reflected mostly what happened in the indices. Many probed lower before stabilizing and reversing.

Even with the bounce certain areas like the Energies still look questionable.

Metals and Mining continue to slide. Even the stronger sub-sectors here are beginning to get dragged lower. Aluminum is the only standout here. It remains in an uptrend but it is important for it to stabilize in its pullback soon.

It will be important for areas that  failed to take out their July highs decisively to make new highs soon. These include but not limited to the Semis, Banks, and Chemicals.

On the plus side, quite a few areas had decent rallies and are at or near new highs. These include (but not limited to) Drugs, Biotech, and Health Services.

Recently, I was accused of getting caught up in the day to day noise. As I preach, like life, in markets you can only take things one day at a time. Although some blowhards might claim otherwise, you can only predict the short-term when it comes to the markets. As my disclaimer says, “All predictions are about the future, and a lot of stuff can happen between now and then.” Lately, we’ve seen some pockets of weakness but overall, the market is hanging in there. If more and more areas weaken, then we might have to change our tune a bit. Don’t be a bull and don’t be a bear. Be aware.

It’s not always cut and dry. Sometimes you have areas going up while other areas are going down. You have to see both sides. If Energies (and other areas) continue to weaken then we will likely end up with some shorts there. So, we could end up with both shorts and longs.

I hold positions for weeks, months, and sometimes even years. So, I don’t get caught up in day-to-day “noise.” What I do is follow along. That’s what good little trend followers do. As long as things work, I stay with them. When they stop working, the market takes me out.

So what do we do? At the risk of preaching, take things one day at a time. Things are getting a little more questionable lately. You have to ask yourself, is the market just trying to shake out the so called “fast money” and then go back to the business of making new highs or is the short-term loss of momentum the start of something bigger. Let’s see what today brings. As far as the plan, not much has changed. In light of the recent weakness, make sure you honor your stops just in case. As I preach, he who fights and runs away, lives to fight on another day. As usual, unless the market is going straight up, make sure you are selective and really really like a setup. And, once you are convinced you’ve found the greatest thing since sliced bread, make sure you wait for an entry. As I preach, that in and of itself can often keep you out of new trouble. On the short side, I wouldn’t rush out and start shorting just yet. Do pay attention to the developing situation, especially in areas like the Energies that could be in the early phases of turning down.