Does The Dollar Matter? – Dave Landry on Trading

Does The Dollar Matter? 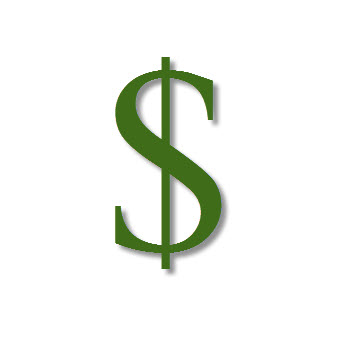 Housekeeping: Some of you have notified  me that you haven’t been receiving my newsletter as of late. Several things: First, I have backed off on my writing (but continue my Core Trading Service daily) so there are now fewer of them going out—usually Monday, Wednesday, and Friday (and lately, even less). Second, I just discovered that Gmail now has a new tab called “Promotions.” So, that’s where my coupons for my favorite local restaurant has been hiding! Therefore, for those using Gmail, be sure to check that tab. I’m also in the process of implementing a “new improved” delivery system. I’m sure that there will be some growing pains in dealing with this. So, thanks for your patience with all of this.

Now, let’s look at the markets.

The Ps (S&P 500) were a disappointment. They lost well over ½%. This action puts them right about where they were last December. So, until they can break out decisively and stick, the intermediate-term arrow continues to point sideways here.

The Quack (Nasdaq) lost around 1/3%. This action puts it just below its prior breakout levels. So far, it remains just below its 15-year highs. To those who said that the Nasdaq would never see new highs again you have only been right for 15-years. Hopefully, we won’t have to add “and counting” to that for much longer. Did I say “hope?” Oops.

The Rusty (IWM) was a shoulder shrug. So far, its nice breakout remains intact and it remains just a gnat’s eyelash away from all-time highs. As I’ve been saying, I think it is hard to have a bear market as long as the Rusty remains at or near new highs.

The Dollar (UUP) has been in a bit of a slide. So far, it only appears to be a sharp pullback but it has been in bubble mode for quite a while. Watch here for potential emerging trend patterns (e.g. Bowties). If, or should I say when, the bubble does pop, there will likely be some shock waves sent into other markets. Commodities, for instance, being Dollar denominated, will likely get a pop.

It’s all intertwined but keep in mind that intermarket technical relationships only matter when they matter. So, learn them but don’t get too caught up in predicting one market with another until that appears to be the case. As Murphy (who literally wrote the book on intermarket technical analysis) himself said, there can be long lead and lag times.

Speaking of Commodities, the Energies and Metals & Mining once again to be in the process of bottoming. “Process” is the key word in that sentence. There’s no need to be a hero just yet.

Remember, as trend followers, we’ll always be a little late to the party.

Hey Big Dave, you failed miserably in the last “bottom” in Gold and Oil, why would you go back?

Geez, thanks for putting some salt in my wounds.

Why? Like Salt-n-Peppa pushing it, it’s what I do. If I see a signal I take it. I know that if I fight and run away, I’ll live to fight another day—stop me if you heard that before. Maybe the second or the third time’s a charm. Sometimes the market is just a bad teacher. Signals seem to work their biggest when  you ignore them. Therefore, when following a system, you have to follow the system. If it always worked, everyone would be doing it.

In spite of the rate scare in early March, Bonds are now at their highest level in months. Said alternatively, rates are now lower than they were before everyone was concerned about them rising.

The Semis are bumping up against their old highs. The longer-term uptrend remains intact but as a trend guy, I’d sure like to see some new highs.

Drugs are correcting but so far, I think it’s just that-a correction. In fact, based on this pullback I’m beginning to see new setups here.

The Transports tried to wake up recently but have come right back intotheir range.

Rather than bore you—I know, too late!—just know that it is a little mixed within the sectors. Depending on where you look, you can find both good and bad out there. For instance, Foods aren’t looking so hot. And, let’s face it, who wants cold food? Well, other than gelato and beer—two things that are helping keep the “Big” in Big Dave.

So what do we do? I trade mostly pullbacks, usually in more inefficient higher beta stocks (i.e. higher in volatility and smaller cap). With the Rusty being the poster child here and at new highs, there aren’t a lot of setups. As long as everything hangs in there—especially the Rusty—we should see a plethora of new setups soon. In the meantime, hang loose full of juice. Manage existing positions by taking partial profits as offered and trailing your stops higher. And of course, as usual, honor your stops just in case—the aforementioned fight and run away thingy.