Do You Want To Make Money Or Look Smart? – Dave Landry on Trading

Do You Want To Make Money Or Look Smart? 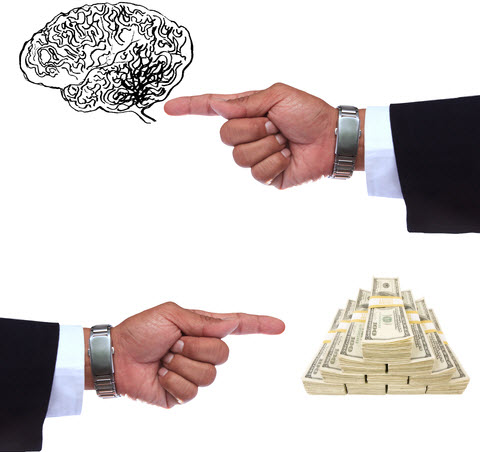 Do you want to make money? Or, do you want to look smart? You can’t do both. Interjecting logic and reasoning into the equation would have caused me to miss the greatest bull markets in history: Rare Earths in ’10, Solar Stocks in ’13, Biotech in ’14, Internet in ’00, and now China and IPOs in ’15.

Being smart and making money in this game are two diametrically opposed things. I’ve given up trying to outsmart the market years ago. Now, I just follow along.

It’s not easy putting your ego aside. I took down my degrees to make room for my currency collection. I’d rather surround myself with money than accolades.

I wasn’t always this way. First, I tried to put the MBA to work. I spent hours and hours in the library studying company fundamentals. I later tried to put my degree in computer science to work. I programmed literally thousands of trading systems and indicators. At some point, I reached such a level of complexity that I decided to ask myself, “Self, what are you trying to accomplish?” The answer was simple. Is the market going up, down, or just sideways? I put down the equations and just started drawing arrows—and still do. In the late 90s this simple way of trend following earned me the title “Trend Following Moron”—and it stuck.

So, why would I refer to myself in such a self-deprecating way? The reason is simple. It serves as a constant reminder of what to do. Is there a new or emerging trend? Yes? Trade it. No? Move on. I no longer worry about the SITUATION IN NIGERIA!?!—something someone shouted at me when I recommended shorting energy stocks because they were GOING DOWN.

Hey Big Dave, why the rant? Well, as I wrote on Friday, my speech about seeing opportunities in China stocks was interrupted by someone interjecting facts into the equation. And, over the weekend I received a well thought email outlining the problems with Chinese stocks.

Don’t get me wrong, trends often end badly. Like the naysayers who went bust betting on the dot coms to fail, they were right—eventually. Yes, “they” will be right but eventually can be a long time—long enough to make a lot of money following along.

Before I forget, let’s look at the markets.

The Rusty (IWM) was a bit of a disappointment, ending off 1/3rd percent.

In the sectors, Retail which looked a little dubious just a few days ago, came flying back with a vengeance.

As you would imagine based on the index action, many sectors remain at or near new highs. Drugs, Health Service, Software, and Durables to name a few.

China, in spite of everyone poo pooing it, is now flirting with new highs.

An emerging trend sill appears to be developing in Latin America.

All isn’t great in the world, I’d sure like to see areas like Biotech and the Semis bang out some news highs soon. I guess you can’t have everything. If you did, where would you put it-Wright?

At lower levels, the Energies still appear to have put in the mother-of-all bottoms.

Metals & Mining now appear to be following suit—especially in the Steel & Iron Subsector.

So what do we do? I’m still liking the emerging trends in the aforementioned lower level areas and the second tier Chinese stocks. Therefore, continue to look for opportunities here. As usual, take partial profits along the way and trail your stops higher because, yes, sooner or later it will end badly. In the meantime, follow along.

Dave
P.S. Come to the webinar Getting Started Trading IPOs. You’ll be glad that you did. I’m going show you the current bull market in IPOs and simple ways to get onboard.