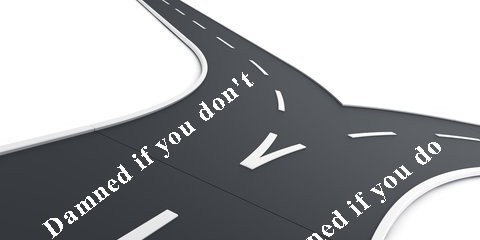 Conditions continue to deteriorate. The S&P is no longer masking what’s happening internally. It lost nearly 1%. This action brings its two day total to just over 3%. It also has it breaking down out of its short-term trading range. The next possible support would be circa 1750. This corresponds with the February low and would be near the 200-day moving average.

The Quack lost over 1 1/3% on Friday. This action has it nearing its February lows—an area that  is also near its 200-day moving average. So, the first level of possible support has been reached here.

Weak tech areas such as Software, Drugs, Biotech, and Internet continued to slide of out their recent pullbacks.

Stronger tech areas like the Semis are now getting hit too. They appear to be breaking down out of their high levels sideways range.

Health Services, which just broke out a little over a week ago, are also breaking down out of their high level range.

Banks, which recently broke out above their prior peaks, have now come right back in.

As you would imagine, areas such as Manufacturing, Retail, Consumer Non-Durables that stalled shy/at their prior peaks continue to slide.

Even Gold and Silver are now looking dubious.

At least Bonds got a bid. They closed at 1-year plus highs. This action suggests that we are not in a complete liquation type of market.

The only other good news is that the defensive issues remain in uptrends. Areas such as Foods, Tobacco, Energies, and Utilities pulled back on Friday but so far it appears to be just that—a pullback.

We are in what could be the early phases of a rollover. My hope is that conditions drastically improve and I’m wrong. Maybe the Fed will throw some more gasoline on the flames and it will work one last time. You know me, take things one day at a time. And, believe in what you see and not in what you believe.

So, Big Dave, it sounds like your recommending playing the short side. Yes, but there are some issues. Shorting is tough. Make no bones about it. I covered this in detail in last Thursday’s webinar. To summarize, they are tough to get on board—they slide much faster than they glide. If you are fortunate enough to get in, the retrace rallies often knock you out. This creates a “darned if you do and darned if you don’t” environment. There are some logistics (e.g. borrowing) to deal with. Even with these issues, I think that they are a necessary evil. Trading the short side forces you to see both side of the market. This will keep you from suffering from perma-bull syndrome. This affliction is often “as seen on TV.” Shorting can help you to mitigate losses and possibly even profit during market turns. It’s the only game in town during bear markets. You have to either short or be willing to sit on the sidelines. The other thing that I mentioned last Thursday is that it seems that too many have become complacent on the long side. Usually, when this happens, it ends badly. Lot’s of good stuff in those shows. I should record them. 🙂

So what do we do? Although the short side remains the obvious side the play, you might want to hold off on new additions since the market is so oversold. It’s the aforementioned darned if you do and darned if you don’t situation. If you short now, we get the bounce. And, if you don’t, the slide resumes. Faced with this dilemma, I think if you’re not already short, again, hold off for now. If things get uglier, there will be more opportunities down the road. On the long side, keep an eye on the stronger Defensive issues for setups. Other than that, there’s not a whole lot of opportunities presenting themselves.