Clouds On The Horizon?, Stay The Course – Dave Landry on Trading

Clouds On The Horizon?, Stay The Course 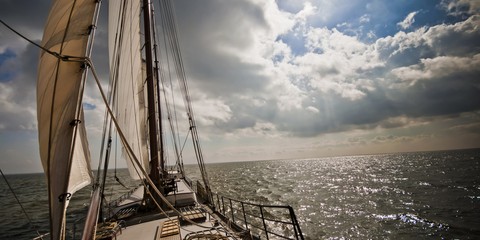 Monday was a little uglier than it appeared on the surface, at least at first glance.

The Ps (S&P 500) lost .39%. This is no big deal, especially since they have been in a decent trend from the May breakout. BTW, aren’t you glad you “sold in May and walked away?” Be careful with Wall Street “rules” and adages. Anyway, I digress. The Ps still look great.

The Quack (Nasdaq) ended down just over ¾%. Even this isn’t that bad. So far, it is only pulling back from its recent breakout.

The story ends with the Rusty (IWM) though. It lost nearly 1 ¾%. The fact that this action has it stalling at its prior highs is concerning. It is not the end of the world and certainly not a tradable pattern. However, I’d feel a lot better if it could go back to the business of making new highs.

It gets even uglier as you dig deeper.

Areas that have been in strong longer-term uptrends but have recently lost momentum like the Energies sold off fairly hard. This action gives up several weeks of upside progress.

Areas that have been trading sideways at higher levels such as the Major Airs began to break down.

Stronger areas like Shipping got whacked pretty hard (down over 2% on Monday).

As you know, I look at a lot of stocks every night. And it seems like the average issue got whacked fairly hard. This is especially true for my favorites—the more speculative smaller cap issues (aka so called “high beta”).

Okay Big Dave, it was one ugly day. We get that. Now what?

You can’t get too excited about 1-day. Yes, it’s ugly but so far, major uptrends still remain in place. It is what happens next (duh implied) that’s important. If the market stabilizes and turns back up, then this was just a shakeout. If one bad day becomes a string of bad days then we will have to re-evaluate the situation. I think that’s a long winded way of saying take things one day at a time.

I still like the Gold & Silver stocks but even those stocks got hit on Monday.

So what do we do? One bad day is just one bad day. As Tyson said, “everyone has a plan until they get punched in the face.” Even though it can be difficult at times, stay the course. Let the ebb and flow work in your portfolio to help to weather the storm, should it materialize. Let stops take you out of positions that no longer seem to have promise. Let new stocks prove themselves—at least initially—by waiting for entries.