Clone of The Only 3 Things That You’ll Ever Need To Become A Successful Trader (part 3): Trading Psychology – Dave Landry on Trading

Clone of The Only 3 Things That You’ll Ever Need To Become A Successful Trader (part 3): Trading Psychology

We’ve now come to the most difficult part of trading: You. In part 3 of The Only 3 Things That You’ll Ever Need To Become A Successful Trader I’m going to discuss trading psychology. The mechanics of trading aren’t that difficult. Developing the ﻿﻿proper ﻿﻿mindset to actually trade is. I do have some good news (in addition to saving money on my car insurance), provided of course that you’re willing to apply some brutally honest introspection. 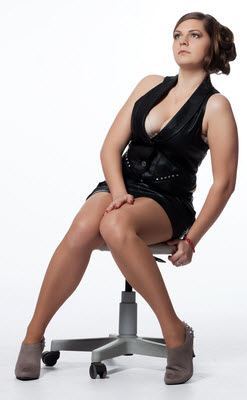 Around a year ago I decided that I was going to do a course on trading psychology. I thought I’d be able to crank something out in a few weeks. I quickly came to the realization that I might have slightly underestimated the task. ﻿Fast forward one month, and all I had to show for my hard work was a 14-page “to do” list of what I felt must be covered. And, that list continues to grow to this day. Faced with the monumental task of condensing all this into the most salient points, I approached this column like a miniskirt designer. Paraphrasing Churchill, I had to make it short enough to be interesting but long enough to cover the subject.

The Psychology Of Money (Or Lack Thereof) 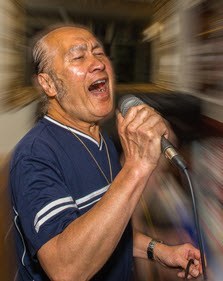 You really have to sing like you don’t need the money. In order to make money, you often have to be willing to lose money. As I often preach, you must approach trading holistically, ﻿﻿factoring ﻿﻿in all three aspects: money management, methodology, and mind. Focusing on the money management, if you’re trading at a small size, then avoiding the psychological pitfalls is much easier. It’ll be easier to follow the plan if a loss only monetizes to a nice meal, a round of golf, or a tank of gas for your boat. 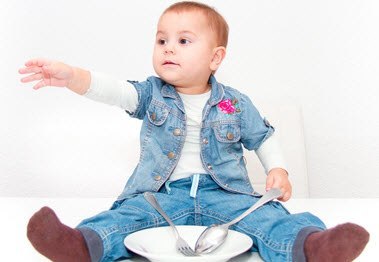 I suppose that I’d be remiss if I failed to mention that you have to be adequately capitalized in the first place. If you need the money in your trading account to feed junior or for the rent, then you’re doomed from the start. Markets rarely move in a straight line-they back and fill (a propensity we often use to our advantage btw). If you’re undercapitalized, I can all but guarantee that you’re going to exit at the first signs of adversity thereby missing great trends. And, even if you do catch a trend, you’re going to bail out early. This is because you’ll mentally monetize the profits, realizing that the money could (and should!) be used to pay the rent or feed junior. 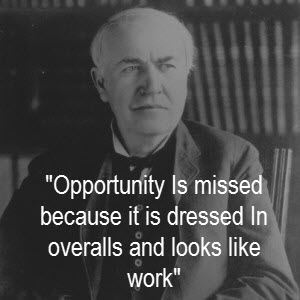 So, what if you don’t have money? That’s simple! Don’t trade. I’d make a lot more money in my educational business if I told you that you could easily turn and I quote “$5k into $500k.” You can’t make this shit up. Do get educated, though. Spend what money you do have on some courses that are grounded in reality—like mine :).  Seriously, some of my best clients chase rainbows for 10-years and then find me/come back to me. So, if you’re still Grail hunting, see you in 10-years! I’ve yet to meet anyone who truly wanted to become successful not become successful. I’m not selling the dream unless you’re willing to realize that the dream is hard work. Trust me, if it were that easy, you’d never see my fat ass again. Instead, I’m here daily grinding it out.

Even if you do have plenty of money, then make sure you allocate a portion to trading and just that. Early in my CTA days, I traded a small account as a favor for a wealthy friend (big mistake on multiple levels but that’s a story for another day). Nearly daily I would receive panicky phone calls. You would have thought that he was destitute. The yearly maintenance on his boat alone was in far excess of his account size, yet he couldn’t stomach a few hundred dollars of ups and downs.

Over the years, I’ve seen multi-millionaires dabble with small accounts, blow them up, and then stress like they have become homeless even though they still own several. They then rinse and repeat. So, if you do have money, allocate enough to trading and have it for just that.

The Psychology Of Emotions and Stress That Comes With Decisions 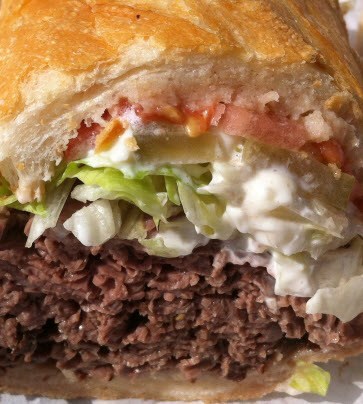 As I have “teached” and preached, with every decision comes stress and emotions (Damasio, Shull). I’m craving a roast beef po-boy for lunch. Deciding whether to get one or not comes with a consequence ﻿﻿and stress. Yeah, I’ll feel pretty good while I’m eating it and I deserve a treat but how will I feel afterwards? Will I be productive this afternoon or opt for a nap? Notice I used the word “feel.” Emotions are attached and that’s just a lunch decision! You must reduce the amount of emotional round trips you make. Write that down. You do this by reducing the amount of decisions. You reduce the amount of decisions by planning ahead. And, you plan ahead while things are static not winging it in the heat of battle. Know what you’re going to do and then just do it. Easy, huh? It’s not easy but not nearly as hard as most people try to make it. Never forget to obsess before you get into a trade, not afterwards. 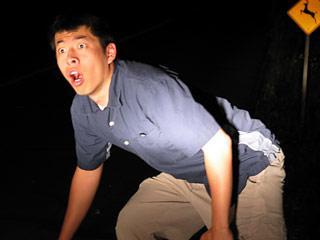 Earlier this week someone pulled their stop on a stock in my trading service (yeah, occasionally, we do have a loser). And, the stock didn’t reverse. He’s now faced with even more decisions. Continue to hold on and start smoke'in the "hopium"? Get out now and risk selling at the exact low and then watch the stock take off without him? Etc… I’d be willing to bet that he’s probably going to watch this stupid stock all day and every day, tick by tick. This obsessing afterwards will cause him to become the proverbial "deer in the headlights" thereby missing the next big winning trade. And, this might be the one trade that he needs to build confidence in the methodology and himself. Trading without a plan increases decisions thereby the vicious cycle continues. Again, you must reduce the number of emotional round trips that you take. Based on the stress and emotions that each decision has attached to it, I truly believe that we have a finite amount of decisions that we're capable of making, especially in the heat of battle. This is why the burnout rate is so high in air traffic controllers...and daytraders. So again, you must reduce the amount of emotional round trips that you make. 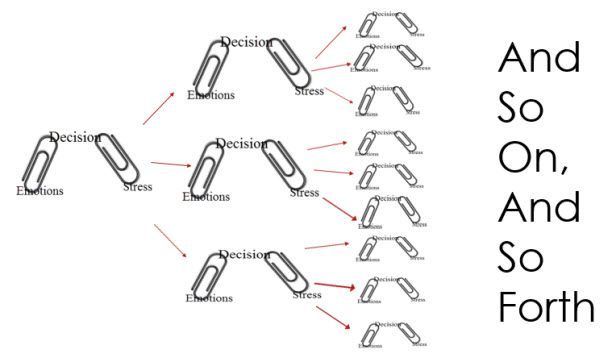 Trading Psychology: Garbage In, ﻿﻿Garbage ﻿﻿out 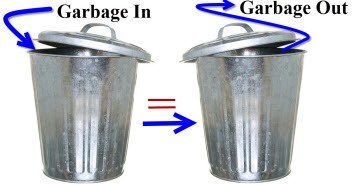 As mentioned in the other two parts of this series, it’s impossible to discuss any of these three things necessary to become successful in a vacuum. So, again, sometimes your best defense is a good offense. If you’re taking the best trades to begin with, then the money & position management often falls into place. If you catch some winners, you’ll know that it’s okay to kick losers out of your portfolio. You’ll know that they are stinking up the joint and as mentioned above, the stress over keeping them could hinder your next decision. Yet again, obsess before you get into a trade, not afterwards. Take the best and leave the rest-garbage in, garbage out. And, if you do have some garbage in your portfolio, take it out!

The Good ﻿News ﻿About You And Trading Psychology

Nine out of ten times people who contact me with trading problems tell me exactly what they are doing wrong. "Dave, I’m trading mediocre setups/trying to make something happen in mediocre markets. I’m not honoring my stops. I’m cutting my profits short." Etc… Like the “doctor, doctor, it hurts when I do this” joke, my solution is simple: Don’t do that. Livermore once said that a speculator sometimes makes mistakes and knows that he is making them (I did an article on just this, see Free Reports).

On the tenth time when I ask, and they say that they don’t know, a little digging quickly sheds some light on the problem. I know I’ve told this story 999 times but it’s worth telling again. A client once called me disgusted with the trading service because he “couldn’t make money.” I went through all his trades and in addition to my trades there were 20-something day trades. I culled them out so only my recommendations were left. Without the daytrades, the portfolio was slightly profitable. I’m not bragging. We don’t always make money. The point is that we were profitable during the period that he wasn’t. I called him back and told him that he’d was actually profitable by following the methodology but the daytrades were killing him. His reply? And, I quote: “I know, I know…” So, he knew and you do too.

Money & Position Management, Trading Psychology, and Methodology Are All Intertwined 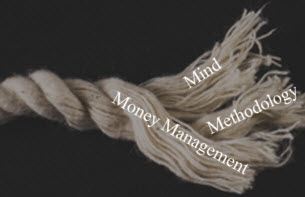 Again, the three aspects of trading are all intertwined. If you’re trading at a small size then, trades should not stress you out monetarily. You will be more likely the follow the plan. Following the plan means that you will stay with winners and cull losers when stopped. Riding winners will help you to believe even more in the methodology. Believing more in the methodology improves your psyche. Once you feel better about what you’re doing, you’ll be motivated through deliberate practice to pick better and better stocks. Picking better stocks means that you’ll have more winners which will further reinforce your belief in the methodology. Believing in the methodology will have you realizing that losing stocks (once stopped) must be tossed out because they are eroding precious capital which could be used to create more capital. Whew! As you can see, it’s all cyclical and reciprocal. That’s huge! Get better at one and you get better at all. Learn to see all three. 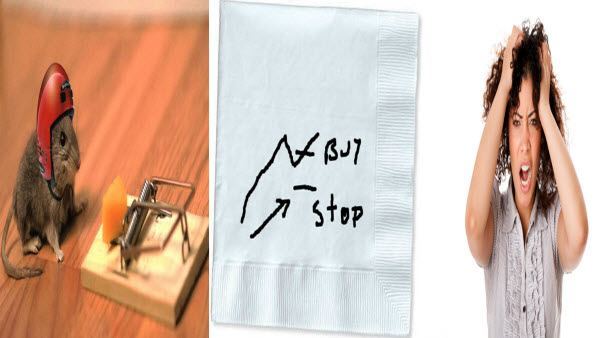 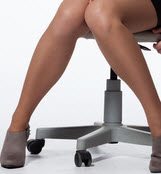 So how did I do with my "miniskirt" approach to this column? Well, it's certainly long enough. And, unfortunately, unless I force myself to stop adding to it while I'm proofing it, it's going to get much longer. I suppose the one blatant thing that I didn't cover is that the ﻿same ﻿things that are helping you to survive and prosper in the real world are often the same exact things that hinder your success in the trading world. As just one example: control. Your success in life has come to a great extent by controlling the situation. Yet, in the markets you have no control. You can't control what other people will do. You can only control you. Quite frankly, we're not made to trade. This is on  both a philological and a psychological level. Start watching Trading Full Circle for more on this: 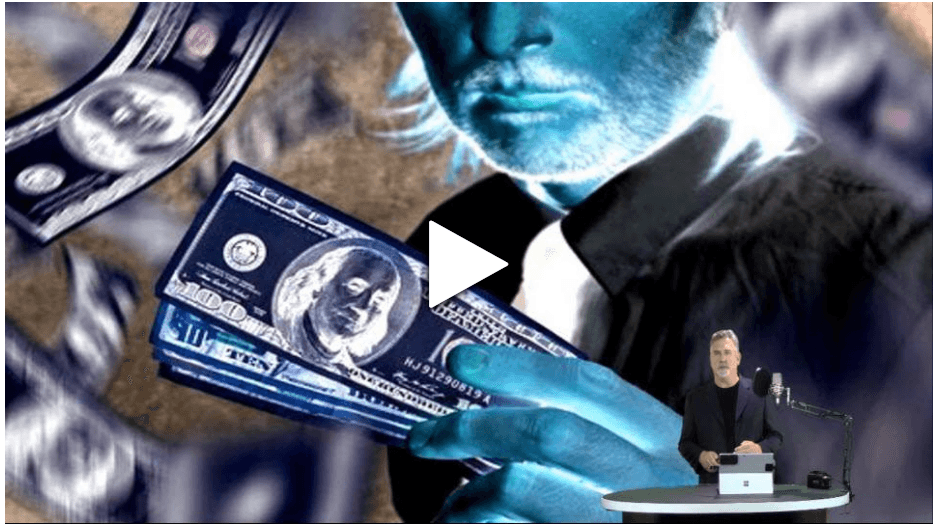