Now with Dave Landry-Random Thoughts On What Dave's Doing

I recently finished How We Know What Isn’t So-The Fallibility of Human Reason In Everyday Life. As I preach, my problems with these behavioral science books is that after a while they all tend to sound the same. I'm going to give this one an honorable mention, not so much because it isn't a good book but more so because it simply reaffirmed the fallibility of human nature. For example, we tend to attribute success to our greatness (internally) and failure externally (someone or something else). If you haven't read a dozen behavioral science books, then you can certainly do much worse than starting with this one. And, my copy has a few dog ears and quite a few underlines. Also, if you’ve been following along at home, you’ll know that I do occasionally quote Mr. Gilovich and will likely draw from this book in future presentations.

Outside of trading, for business, I’m reading Getting Everything You Can Out Of All You Got by Jay Abraham. This was recommended by a colleague of mine from across the pond. He’s followed it religiously and said that his results have been phenomenal. I’m just getting into it, but the gist seems to be that you can have all the success you want if you first help your clients become successful. Based on the feedback so far, I truly think the learning management system will help me to accomplish this goal. I'm not being egotistical, I'm building it with you in mind. You tell me what you want and need and I will make it happen.

See books to read for more trading and books on becoming better.

What I'm Listening To 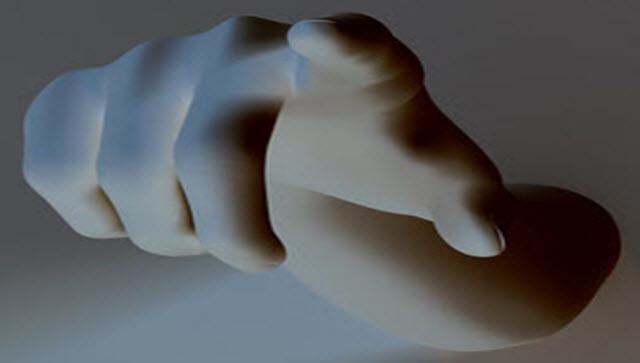 I’m listening to Extreme Ownership-How U.S. Navy Seals Lead and Win by Joco Willink and Leif Babin. I’m a couple of hours in and so far, it’s pretty good. Their battlefield leadership stories dovetail in nicely into the business environment.  I’m not sure how it will translate into the trading world, just yet, other than you and only you can take responsibility for your actions-the aforementioned internal greatness and external excuses comes to mind. I suppose that in and of itself from a trading perspective is well worth it. It's tough taking ownership, but in this business, there's no one else to blame than you.

I'm continuing to add content to the Member's area. I recently added the last live Q&A session to the archives. We covered a lot of very timely topics including using deep in the money puts as a substitution for short stock, trading ONLY the best Opening Gap REversals (OGRes), tempering your emotions and more. Check it out in the Member's Area. I also added and expanded on the 19 Trading Resolutions For 2019, creating a three part lesson.

What I'm Thinking About

With the new year here, I’m thinking about small measurable effective changes vs. massive ineffective ones.

I have friends that go on crazy diets, especially at this time of the year. No, I’m not worried about me talking about them here. Why? Well, some have called me lately moaning about their 401Ks becoming 201Ks. I try to explain the perils of buy and hold, urging them to just watch a few videos in my Member’s area, specifically the free “Start” course (see below), or, at the least, give me a minute and listen to the Market In A Minute. And, so far, none have taken any initiative to learn that markets go up and down. Anyway, where was I? Oh, they’re not much fun to be around during their extreme dieting.  They're often "hangry" from the shock that they put on their system. While they’re around I’m thinking, go have no fun somewhere else. Then, a few weeks later, I'll see them partying like rock stars in a Facebook post. It’s like playing fun friend roulette. Will we be lucky enough to get the fun version? My new modus oprendi has been to just lay back a few weeks or, if it can't be avoided, go to a movie to avoid interaction.

No, I'm not holier than thou. I've done these type of things before but now know that our bodies just don't respond to big change very well. If you haven't already done so, now would be a good time to read One Small Step Can Change Your Life-The Kaizen Way by Dr. Robert Maurer. If you truly want to make a big change in your life, make a small change. Our bodies are designed for homeostasis. For instance, just a few degrees change in our body temperature can be deadly. When we shock the system with a drastic change our brains fight back. They're  just simply trying to keep us alive! However, we can make small changes to trick our brains. One example that Dr. Maurer gave was suggesting to someone who struggled all her life with weight to stand up and march for just 1 commercial during her evening TV watching routine. Marching during one commercial led to marching during all commercials which led to marching during TV time, which slowly led to much more vigorous exercise.

"If you truly want to make a big change in your life, make a small change."

Take some measurable changes in your trading and your life. What’s my Kaizen small step? For me, it's just been writing down my emotions and thoughts about potential trades outside the core methodology.

I'm pretty good at sticking to my core methodology 99.5% of the time (and I'm working hard on that 1/2%).  I don’t want to be a hypocrite! Occasionally, I do feel a little performance anxiety which tempts me to take and unnecessary day trade. This is especially true when my account is down for the day. I think that there has to be an opportunity to make back the day’s losses.

I know that a big opening gap reversal in a pullback or in an extremely oversold market can provide a wonderful intra-day trading opportunity. However, in anything less, I need to pass. Writing down my thoughts, emotions, and feelings has kept me out of a few of these less than stellar trades. Sometimes, the "small step" is just that-walk away from your screens. On Monday, for instance, feeling the Siren call of a day trade in the leveraged shares, I took my bride to lunch. That $35 lunch probably saved me a few thousand. Well, it cost me a little more. She saw some artwork in the café that she had to have. Still, it was far cheaper than firing off an unnecessary trade. Also, for you guys out there, just remember, “if mamma ain’t happy, ain’t nobody happy.” No, I'm not worried. Mamma doesn’t read my columns either.

What small changes are you going to make? Watch the New Year's version of Dave Landry’s The Week In Charts where I discussed 19 Trading Resolutions and think about how you can gradually implement them through small changes. Journal your emotions, and if you have to, turn off your screens or walk away, etc.

I've also been asking myself can market timing really be that simple? If a market is going to drop 50%, it'll have to drop 10% first. And maybe, once it does drop 10%, you might want to consider getting out of the way or, at the least, pulling in your horns. I covered this in detail in the latest Dave Landry's The Week In Charts using examples of the TFM 10% system, daily and weekly Bowties, and the so-called "DEATH CROSS!" 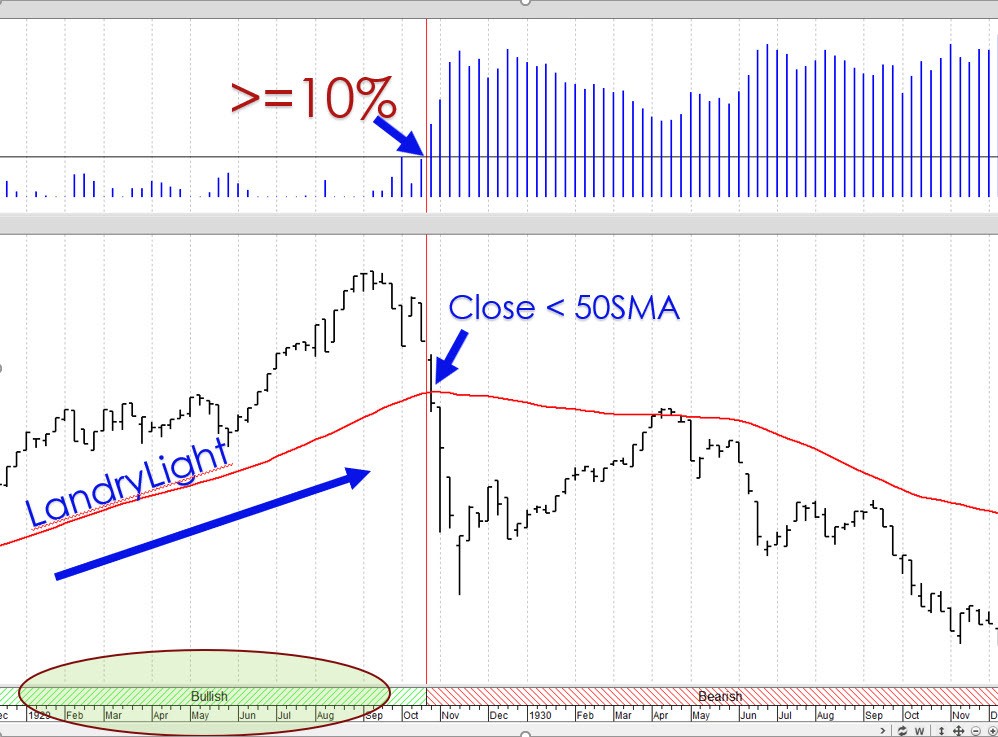 True, the last low that we saw might be "the low," but maybe it isn't. Is it really worth risking half or more of your portfolio if it isn't? As discussed in the WIC, we've seen 10 to 15% (or more!) drops in the indices since major sell signals have triggered. And, we've seen way more than that from the daily signals-e.g. -25% in the Rusty (IWM). 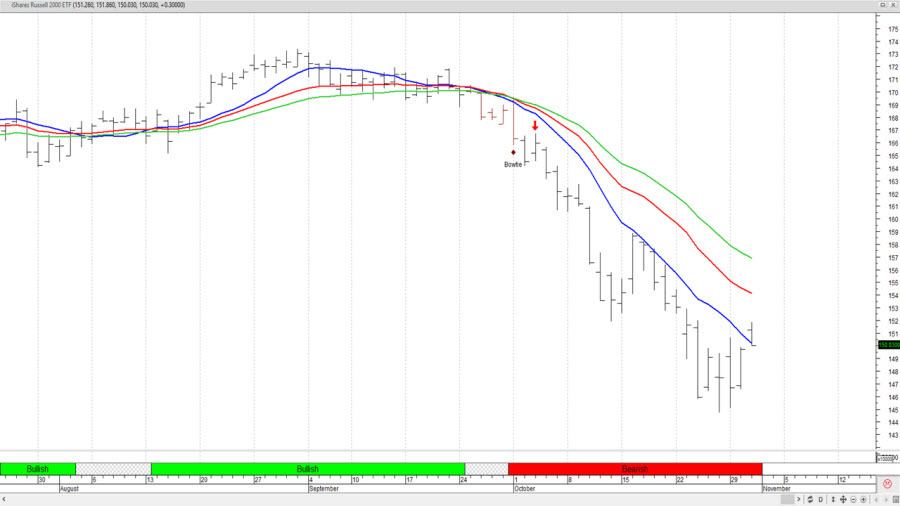 As mentioned ad nauseam, my goal here isn't to report every trade here on a blow-by-blow account, but to rather shed some light on recent lessons and current opportunities. With that said, I'm still looking to buy deep-in-the money puts on some bigger cap issues that are still in the fairly early phases of rolling over. Options can be a bit of a can of worms, so I don't want to get into a lot of details here (do watch the aforementioned Q&A though). And, I'm managing my portfolio which, on the long side, has become a couple of IPOs and one very speculative issue-these are issues that can trade contra to the overall market (see the sinking ship analogy in the recent Week In Charts). I'm in longer-term trend following mode on UGP.  Since my last "Now," the market has pruned LTHM, VAPO, GRTS, and GH from my portfolio. Plot them and you'll notice that all have been hit extremely hard after a bit of a pop higher. There's exhibit A (and B, and C, and D....) for why we take partial profits AND use stops! Confession time: I'm still long IIIV--that one goes in the .5% of the 99.5%. I really don't know why I didn't stop out, but I should have (I did stop out in one account). I'm not proud of this. I know I have to be process oriented and not focus on the end result. Next time, I likely won't be so lucky.  I know the market can be a BAD teacher. Maybe in '19, by carefully documenting my trades, emotions, mistakes, and confessions, I'll have fewer of these. 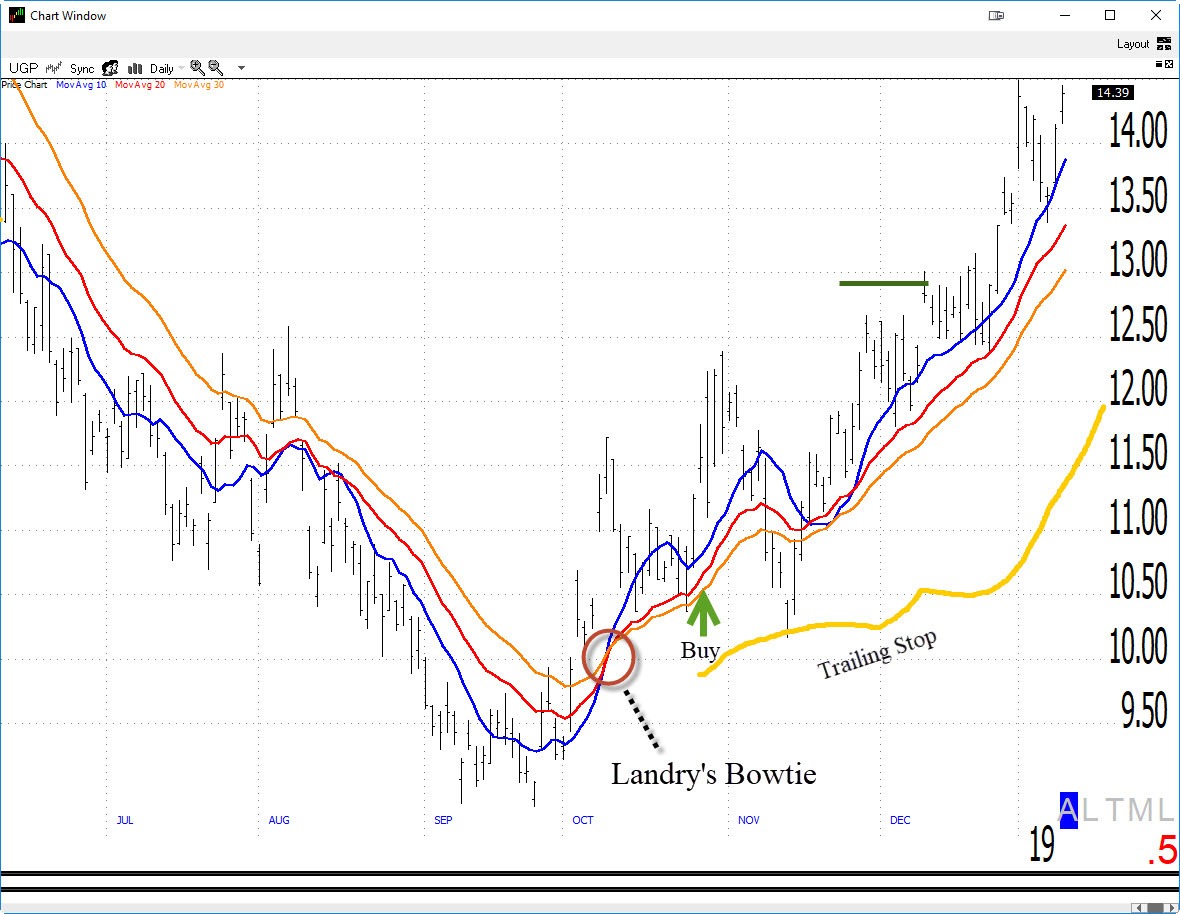 BTW, in case you were wondering, it hasn't been an easy market to trade. My journal seems to be littered with F-bombs!

I posted my annual trading resolutions in print form and then covered them in detail in the Week In Charts. In the latest WIC, I talked about the importance of the potential magnitude of sell signals and 3 questions (of many!) that you need to ask yourself when developing a trading methodology.

Again, I continue to add to the Member's area. As mentioned previously, the ultimate goal is to enhance the user experience. So far, the feedback has been great! I've been filling in the missing pieces in the bi-weekly Q&A sessions. Some of this has worked its way into the courses.

As mentioned before "holistic" means a combination of psychology, money management, methodology, and as I have learned over the last year or so, YOU. Take care of YOU. This isn't an easy business and certainly not without stress. You have to make sure you're operating at peak performance.

I'm working a little on the diet--but no drastic changes! I know what makes (okay keeps) me fat. And, I weigh in every day (on an accurate balance scale) to confirm that (a small, relatively painless change). I continue to stretch which has been a Godsend. On nearly every day, I try to get in at least a few miles walking or 30-45 minutes on the Peloton.  It seems like the time it takes away from my day pays back much-increased productivity, clarity, energy, and an all around better mood.

If you've been following me, you'll know that 2018 was a tough year for me personally. Quite frankly, it sucked! Now that it's behind me, I'm looking forward to getting back out there. Singapore, Italy, India, and Hong Kong are possibilities.  Thanks again to Charlie Kirk for bringing me to St. Lucia to "rip the Band-Aid" off for resuming traveling.

I'm also thinking about getting back out there online. I'll be hosting a couple of Timing Research shows in January and am once again open to other appearances. I will be playing the role of Dave Landry on Thursday in Dave Landry's The Week In Charts.

P.S. Now that you know what I've been up to, leave me a comment below to let me know what you've been doing.