Clone of Clone of Test Post – Dave Landry on Trading

There is no clearly defined career path to becoming a trader. This can result in years of searching, confusion, and frustration. The good news is that there are specific steps that you can take once you embrace the fact that it is a process-just like any other career. Let’s explore this further. 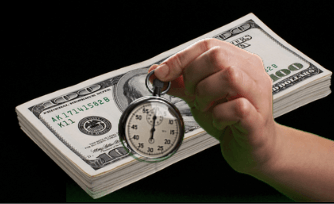 1. Give Yourself Time To Become A Trader, Doctor, Or A Plumber

Let's say that you want to become a doctor. Well, obviously, you have to get your bachelor's degree, take the MCAT, go to med school, complete your residency, and then get licensed. That's it! 🙂 What about a plumber? That's not so easy either. A friend of the family worked as a mortician. One day, on his ride home after embalming yet another child,  he realized that he was spent emotionally. I'm not sure why but for some reason, he decided to become a plumber-maybe because it was the furthest thing away from being a mortician.

A couple of months later we called him for his services. He said, "Oh, no, you don't understand. I have to apprentice as a journeyman, pass tests, and then get licensed." Apparently, becoming a plumber is a process, and it's a lengthy one.

In trading there is no clear career path. You get a computer,  fund an account and, voila!, you're a trader. Well, technically, yes, but there's a lot more to it. My point is, just make sure that you give yourself adequate time. Treat it like any other profession. Last year, I was speaking at a conference and met a very successful entrepreneur who was depressed about his trading. I assumed that he'd been chipping away at it for years to have reached this level of frustration. When I asked him how long he has been trading, he replied "three weeks."  For some reason, successful people automatically assume that they can "transfer" success. They forget how long it took them to become successful in their current or prior career.