Choppy, With A Chance Of Rain – Dave Landry on Trading

Choppy, With A Chance Of Rain 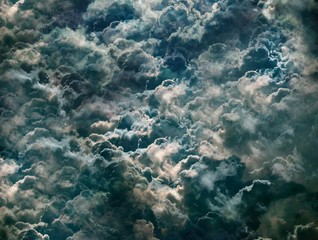 The Ps (S&P 500) have changed directions yet again. This brings the change in direction count (e.g. up/down or down/up) to 7 out of the last 10 days. As I said on Tuesday, you have to be careful not to chase your own tail when this occurs. Sometimes you’re better off letting things shake out before taking action.

On Tuesday, the Ps lost nearly 1%. This action has them stalling near the top of their trading range. As usual though, follow though will be key. As long as they remain stuck in a range, avoid making too many predictions.

I hate to bore you but I remain concerned that the Ps have been mostly propped up by Defensive issues. And, when those few areas begin to correct, it could put a lot of pressure on the index, unless of course a lot of new leaders emerge.

Like the Ps, the Quack (Nasdaq) remains choppy. However, it is actually in a downtrend as measured by moving averages, trendlines, and quite simply, net net price move from its March peak of 4370-ish. The index lost over 1 1/3 % on Tuesday.

The Rusty (IWM) continues to more indicative of what’s really going on under the hood. It got over a 1 ½% haircut on Tuesday. This action has it closing at its lowest levels since February. It remains in a choppy downtend, one that is slightly more obvious and well defined than in the Quack.

The more you look, the more you find. Sectors improve but then give it all up and then some on a day like Tuesday. The deeper you dig, the worst it looks. Within those sectors you’ll find weak issues or worst, weak sub-sectors. For instance, within the Banks which have been chopping mostly sideways, the Regionals are now accelerating lower.

Take Computer Hardware, which is just off of major highs. Only 17% of the stocks here are actually trending as defined by the Bowtie moving averages being in uptrend proper order (10SMA>20EMA>30EMA). And, most of those have already begun to break down. I haven’t done the math but I’d be willing to bet that if you take Apple out of the mix the picture would be much more bleak.

Nearly half of all sectors are in downtrends as defined by the Bowtie moving averages being in downtrend proper order (10SMA<20EMA<30EMA). Email me if you need the scan.

My market forecast? Choppy, with a chance of rain.

This is a tough environment to trade. The only game in town on the long side remains the defensive issues. Unfortunately, these issues could use a correction. And, when they do, (again) will they take down the overall market and will this selling exacerbate? With most stocks in downtrends, the short side seems like the obvious side to play. Unfortunately, the choppy environment makes shorting even tougher than it normally is.

So what do we do? Less is more as long as everything remains choppy. Trying to make something happen in this environment isn’t easy. Be super selective and take things on a setup by setup basis. Make sure you really really like a setup before taking it. And, after you do, of course, practice proper money and position management just in case. We could be entering a phase where return of capital is more important than return on capital. If there is a secret to this business, it’s patience. Staying mostly out of market during less than ideal conditions is key. You live to fight another day. If you avoid the bad times, then all that is left is good times.