Canaries In The Coal Mine – Dave Landry on Trading

Canaries In The Coal Mine 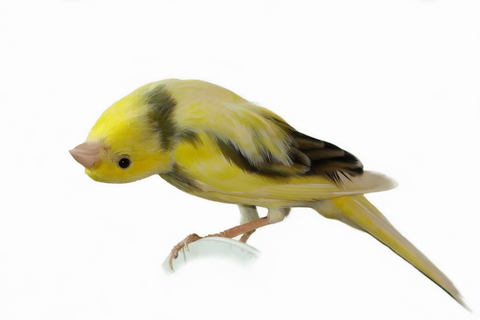 Recently I wrote about how you have to be careful not to chase your own tail when a market is range bound and choppy. When an index is approaching new highs it will look rosy, like all is good in the world. Many traders will think the same and buy in anticipation of the breakout. Unfortunately, if the breakout does not materialize, these traders are left with an immediate loss. And, that’s what happened on Thursday. These Johnny-come-latelies can be a fickle bunch—last in and first out.

The Ps rallied to just shy of all-time highs but reversed to close in the minus column. BTW, for those keeping score, this is the 9th change in direction (day over day) in the last 12 trading days. Again, I would imagine that some got trapped on the wrong side of the market based on this action. As usual, it is important not to get too excited about one day’s action. There are some other developing situations though.

The Quack put in a decent rally but stalled out to reverse and close in the minus column, losing .40%. It remains in a downtrend, albeit a choppy one in more recent times.

The Rusty remains more indicative of what’s really going on internally—as I have been preaching. It too rallied and reversed but it lost just over 1%. This action has it closing at multi-month lows. The downtrend here is a little more obvious (than the Quack).

Most stocks remain in downtrends. The only upside standouts remain the Defensive issues. My ongoing question has been, what’s going to happen when they finally correct? Since these issues are, for the most part, the only issues that are “propping up the Ps.” I think we got a taste of that yesterday. Energies began to correct and an index that was flirting with all-time highs (the Ps) began to implode.

There were some Energies that were taken out and shot on Thursday. GPOR and EGY are two standouts. Some that were on my radar as possible buy candidates such as KEG also slid.

One has to wonder if these stocks are Canaries in the coal mine?

Like Defense in the Ps, there are some selected stocks that are keeping other areas afloat. AAPL and SNDK seem to be keeping the entire Computer Hardware sector at these high levels. What’s going to happen if they stumble?

The narrow leadership is troublesome. Yet again, the Ps continue to mask what’s going on internally. Draw your arrows and plot your moving averages on the Rusty. If time allows, look at a couple thousand of the more liquid stocks. You’ll see that the majority are in downtrends. See some of my recent columns for stats on this. Obviously, with a 1% haircut in the broad based Rusty, things worsened further on Thursday.

Well, it’s not pretty. Am I the only one seeing this?

So what do we do? As usual, take things one day at a time and one setup at a time. Yes, it’s not pretty but you don’t want to make drastic decisions. Do make small decisions on a daily basis. If you like a setup, then take it. Just make sure you wait for an entry and have a plan. On the long side, I’m still looking at the Defensive issues such as the Energies, although I’d use liberal entries here just in case we see further deterioration internally. On the short side, I think we could end up with the bigger they are, the harder they will fall situation. So keep an eye on tech issues that are just coming off of major highs. Again though, don’t get too aggressive one way or the other. Yes, the market looks like it wants to go lower but so far, it’s been a very choppy ride. With a 2 month plus sideways arrow in the Ps, you don’t want to be too aggressive as a trend follower.