Cajun Man On The Markets – Dave Landry on Trading

Cajun Man On The Markets 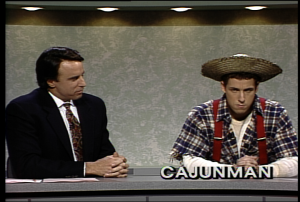 I usually preach to pretty much ignore what happens on the day after Thanksgiving. Markets are thin and choppy because no one wants to be at work.

This time seemed a little different. Oil was taken behind the woodshed and shot. This was the biggest move in 5 years. Most of the Energy stocks and anything energy related (e.g. Shipping) got creamed.

Sorry Burl, everything that glitters was not Silver and Gold. They got whacked too. The stocks were also hit especially hard here. This is yet another testament to why we do not bottom fish.

CYBER MONDAY SALE: Over 50 of Marketfy’s trading alerts are available for $10 each for the first month. Hurry, sale ends at midnight tonight!

Metals & Mining stocks overall were hit hard too, losing over 5%. This action puts them at nearly 6 year lows.

I’m guessing that dropping oil helped Airlines to fly, they gained over 6%.

I’m going to stop short of saying manipulation (or as we say in Cajunland: Mah-nip-u-lay-SHAWN) but one has to wonder if the mice played while the cat was away-I’m just saying.

The Ps (S&P 500) and Quack (Nasdaq) seamed to mask some of the exacerbated moves internally by ending down a bit and up a bit respectively.

So, should we be concerned about Friday’s action?–after all, it was a shortened day and does have a tiny bit of the aforementioned manipulation. Price is price. You can’t justify or discount every market move. Unless you’re Bill Clinton, what is, is. Follow though is key though. I’m mostly concerned about the Rusty. True, a lot of the serious carnage here was in the energy and energy related companies—some were down 20, 30, and even 40%. Hopefully though (did I say hope?), it can shrug this dead weight off and rally anyway.

Again, follow through will be key. If the Rusty can snap back and make new highs then we can breathe a sigh of relief here.

So what do we do? Not much changes. I’m still not seeing a tremendous amount of new setups just yet. On a pullback or rolling correction, we likely will. In the meantime, honor your stops on existing positons and take partial profits as offered—you never know when a move may be coming to an end.