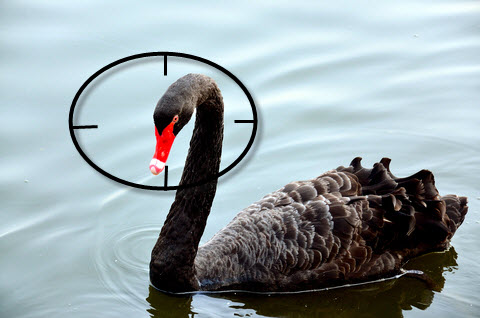 Note: Due to a scheduling conflict, my next column/newsletter will be on Wednesday, 03/25/15. My daily trading service will continue as normal. I apologize for any withdrawals that you may be suffering.

In last week’s (03/12/15) Dave Landry’s The Week In Charts I talked about the importance of following the plan, especially in light of conditions becoming somewhat iffy. Human nature will encourage you to try to get out of harm’s way when things begin to sour. And, every now and then, you’ll get rewarded for this—the market often rewards bad behavior. 99% of the rest of the time, you’re better off just following the plan.

Since the aforementioned presentation, DNR slid an additional 6.5% to hit the protective stop-so far, not so good. However, the remaining stocks in the portfolio CTLT, NVRO, RUBI, and TRIL gained 4.2%, 13.58%, 1.10%, and 14.47% respectively. Net net, it was a great week! In fact, if I did this well every week, it wouldn’t be too many weeks before you never saw my fat ass again. Seriously, this makes for a wonderful example of just following the plan. Could the market have truly turned down? Of course. Could have exiting been the thing to do? Sure. Am I interviewing myself? Yes. The point is that if you want to ride out longer-term trends, you’ll never catch any if you abandon the plan every time things get a little iffy. Also, never forget that the real money is in longer-term trends.

Over the last 2-weeks, in the webinars I talked about the so called “Black Swans*” and how we are not trying to avoid them—like most–but we are actually trying to capture them. These large inefficient moves are our bread and butter. And, if we catch just a few each year, our year is made. We hunt them but picking the best of the best stocks to begin with. We then use a protective stop just in case we are wrong. I’ve failed a lot in life-more than I care to admit. However, I think my success in able to do the things that I’ve accomplished comes in part from failure. Like the Tosh song, I’ve always picked myself up, dusted myself off, and started all over again. I don’t want to go all Nietzsche on you but what hasn’t destroyed me has made me stronger. Before I digress too far—I know, too late—you have to be willing to fail on any given trade. As long as you truly thought that the stock had potential going into a trade, then so what if it stops out. On the flip and positive side, you also have to be able to win too. You win by sticking with the winners. You don’t win by quitting. I just realized that I’m transcribing yesterday’s (03/19/15) Dave Landry’s The Week In Charts. So, see the Youtube below to watch the rest of this rant.

Now to the markets. Just a little over a week ago the market was looking quite dubious. Since then, the Quack (Nasdaq) has rallied nicely out of its pullback and is closing in on 15-year highs. The Ps (S&P 500) have snapped back nicely and are now within 1 ¼% away from all-time highs. Speaking of all-time highs, the Rusty (IWM) is right at all-time highs. As, I’ve been preaching, I don’t think you can have a bear market as long as the Rusty remains at all-time highs.
As you would imagine, the sector action has improved greatly. Anything Drug or Health related continues to bang out new highs. Tech in general, like the tech filled Nasdaq itself, continues to do well.

Falling bonds which were a problem about a week or so have now rallied nearly 6% since then basis the TLT.

Of course, not all is great in the world but things have vastly improved from where they were not too far ago.

So what do we do? I’m not seeing a whole lot of new setups. This is normal for a pullback based methodology when the market is flirting with new highs. Therefore, continue to follow your plan—stop me if you’ve heard that before. Honor and trail your stops on existing positions.

*A term coined by Nicholas Taleb to describe large price shocks to the system.