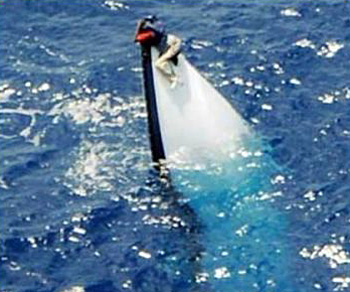 My recent “Greece doesn’t matter” themed columns seemed to create some debates on whether or not Greece does matter. I suppose I should have been more generic in my prose, making the emphasis on the fact that news itself does not matter.

Many before me have made great, well thought arguments about news vs. markets so I’ll keep it brief. What happens if a president gets assassinated?* Well, that’s good for a 35% rally. What happens if Japan attacks the United States? Well, that’s good for a 93% rally. What if Russia defaults on debt/a so called “too big to fail” hedge fund fails? +180%. What about the so Asia has a “Financial Crisis.” +26%. Worst terrorist attack in history? +7%. I can go on and on but again, there’s no need to re-invent the wheel.

Now, I’m not suggesting that you rush out and buy stocks every time there is doom and gloom. I’m also not suggesting that you “tough it out” by throwing caution to the wind and hang on no matter what. There will often be knee jerks initially. And, something bigger can always materialize. Therefore,  you have to keep the he who fights and runs away lives to fight another day mantra in mind.

We were once caught in a nasty low pressure system around 100 miles off of Texas. The three experienced guys, me being one of those, were sick as dogs. Two went down below to die. I’d stayed on deck knowing that if I went below, I’d never come back up-seasickness is better dealt with out in the fresh air. Luckily, we had two other crew members who were completely immune to the motion of the ocean. They seemed to be actually enjoying the ride. They crunched potato chips, ate countless sandwiches, and even chewed tobacco. Ironically, this was their first time on a sailboat. I guess they thought sailboat racing was always this much “fun.”

By nightfall, conditions began to worsen. Long story endless, I passed off the helm to one of the greenhorns so I could shout “Buick” at the sea. When asked for direction, I pointed to  oil rig off in the distance and said go towards the light. The two greenhorns then began chanting “go to the light, the light is good.” A few hours later, we were at the light, well, lots of lights. It was a minefield of rigs. The hot dog that I ate two weeks ago decided that it wanted to be set free so I once again passed off the helm. This time, I said, just stay away from the lights. Of course, they immediately began chanting “stay away from the light, the light is bad.” It then got quiet. I lifted my head and said “what?”

Okay Big Dave, what does ocean racing have to do with the stock market? Well, I can’t guarantee that the market will always shrug off the doom and gloom but the point is that you can’t worry about it. When things get a little iffy, all you have to do is let the market weed you out of existing bad and previously good positions via stops. Then, be super selective about new positions. Better to be on the dock wishing that you were out at sea than to be 100 miles out at sea wishing you were on the dock. If you do think that you have the mother-of-all potential trades then by all means, take it. Just let the market trigger you into the position. I’ve seen quite a few awesome looking setups fail recently but they never triggered. No new capital was put into harm’s way.

The Ps (S&P 500) dipped below their well watched 200-day moving average/recent support and then promptly reversed.

The Quack (Nasdaq) also probed support and then reversed.

Ditto for the Rusty (IWM).

So is everything okay?

No. Let’s not start kissing each other just yet. “This market is pretty freaking far from okay.” As usual, follow through will be key.

The bowtie moving averages (see this Youtube for more on Bowties) have crossed over in the Quack on a sharp angle against the 50-day moving average (see Monday’s column). These signals after all-time highs should not be taken lightly. As usual though, take things one day at a time. A few big up days would negate all of this.

The damage is done in many of the sectors. It’ll take quite a bit of work to repair things. Many, such as Chemicals, Automotive, Banks, Hardware, Software, and the Semis have rolled over.

The Transports remain in a bona fide downtrend.

Commodity related areas such as Metals & Mining and the Energies are banging out new lows.

Some areas like Drugs and Health Services are hanging in there but they are still sideways at best-just like the overall market.

Retail had a solid day but so far, it’s just one good day. It also remains stuck in a sideways range.

Wait Big Dave, you’re sounding a little concerned. I thought you said not to worry about Greece? Right, don’t about Greece, the price of tea in China, or the SITUATION IN NIGERIA! (classic Dave Landry). Do honor your stops. Do be selective. Do wait for entries. Again, this might be a good time to sit on the dock and drink beer. On a lack of upside follow through, we might start firing off some shorts. I hate ‘em but sometimes they are a necessary evil. I’ll probably give my “necessary evil” speech once again in Thursday’s chart show.