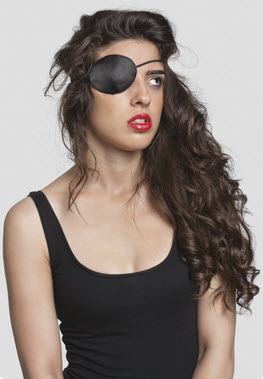 As I preach, when a market isn’t too far away from new highs, one or two big up day can make all the difference in the world. Monday was “one day” but we’re going to need a little more.

The Ps ended off their best levels but they still managed to hold on to well over ½% of their gains.

The Quack also tailed off its best levels. It still finished up nearly ¾%.

The Rusty was the big star of the day. It tacked on nearly 1 ¼%. No tailing action here.
Monday’s action is much better than a poke-in-the-eye but we going to need some follow through. Follow through is key—stop me if you’ve heard that before.

So where are we? Net Net, the indices haven’t made much forward progress in quite a while. So, Monday notwithstanding, the market has lost some momentum. This is perfectly normal as long as it is just taking a breather.

The next question is, so how do you know that the market is just taking a breather? Obviously, if it goes on to make new highs then your question is answered. It’s anything in between that you have to watch for. If support—see recent columns—gets taken out and/or we start getting sell signals, then we’ll know that it more than just the pause that refreshes.

Overall, Monday was a good day. The action internally was still a little mixed though.

Major Airs turned back down and still look questionable. You know my system here, right? Short them when they make new highs. I’m half kidding. It’s just a tough business. Give me something like a little biotech with the promise of curing a horrid disease vs. an airline with all its associated problems.

Speaking of Biotech, it was off to the races there but it then fizzled out. Still, it managed to hold on to just around 1/2%.
Areas such as Health Services, Energies, and Medical Instruments bounced but they still look questionable at best. They have formed Bowties and/or First Thrusts down. Email me if you need these patterns.

Regional Banks put in the mother-of-all rallies, coming back from their recent slide with a vengeance.

Resorts & Casinos banged out new highs as did the entire Leisure sector.

Ditto for Brokerages, Selected Defense, Manufacturing, and several others.

Areas like the Semis put in a decent rally—up around 1 ½%—but still remain range bound.

Again, it was a good day but things are still mixed.

So what do we do? I’m still seeing a few speculative longs setting up. These high volatility (or what some would call Beta) stocks can often trade contra to the overall market (come to the chart show and I’ll give you some current examples). This is a good thing while the market finds its way. I’m still seeing few shorts setting up but I think if you already have a few on, there’s no need to add. The caveat is always, unless you really really like a setup. I think for now we are in a “really really” type of market. Be super selective in your stock picking. Unless you think you have the mother-of-all opportunities, walk away and wait for follow through.