Being Right Vs. Making Money – Dave Landry on Trading

Being Right Vs. Making Money 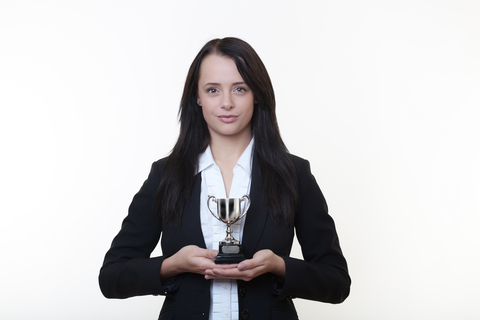 Doctors and engineers tend to make the worst traders, at least initially. This is because they are used to being right and precise. If half of their patients die or half of their bridges collapse respectively, they wouldn’t be in business very long. I tend to pick on doctors and engineers but the same holds true for many other professions where you have to be right and precise, automatic transmission mechanics for example.

Yet in trading, you are often wrong much of the time. In fact, I’d rather make money than be right. And, that’s what often happens when you are trend following. You catch the occasional big winner and then get stopped out at modest losses on the remainder of the positions. Being right and making money are often two different things.

Sometimes, you can also be partially right. For instance, as mentioned on Tuesday, the Ps (S&P 500) sold off over 7% from a Bowtie before having the mother-of-all reversals. Through proper money management, moves like this can create what I have dubbed the “better-than-a-poke-in-the-eye” trade. And, this is exactly what happened on some short positions lately—they hit the initial profit target and then stopped out at a scratch on the remainder. He who fights and runs away, lives to fight another day.

Speaking of recoveries, the Ps are now just over 1 ¼% off of all-time highs. So, should we start high fiving and kissing each other? Well, they are overbought as evidenced by the fact that they have rallied over 8% from the low to Tuesday’s close in 9-days. A market can do whatever it wants but this type of move will be difficult to sustain. As mentioned recently, when you have a high level “V” shaped recovery, mounting a new leg on the old leg is like trying to run a race after you just ran a race.

Lately, we have had a plethora of shorts but fortunately, no new shorts have triggered. For instance, Spirit Airlines (SAVE) set up recently as what I thought would be the mother-of-all shorts but promptly turned straight back up. Although I was wrong, no capital was harmed in this prediction. It amazes me how many times simple things like waiting for an entry can often keep you out of trouble. I’ll flesh this out in a lot more details in Thursday’s chart show. See the countdown on my website to participate.

Back to the market: The Quack (Nasdaq) put in a solid rally, gaining 1 ¾%. It is now just less than ¾% away from decade plus highs. Let’s not start kissing each other just yet based on the aforementioned reason.

Recently I have said that the Rusty (IWM) has its work cut out for it. It has a year’s worth of overhead supply to overcome. As also mentioned, “stranger things have happened” but I doesn’t look like it will be easy for the index. Well, on Tuesday it tacked on nearly 3%, pushing through the trading range like butter. A few more days like this and the index will be all the way back to new all-time highs.

The sector action has improved greatly.

As you would expect with the strong Quack, most tech has made a serious comeback.

Anything Medical & Health related seems to be on fire.

Health Services, Drugs, and Medical Instruments all made new highs on Tuesday.

Biotech all banged out new highs. It has essentially gone straight up since its low a couple of weeks ago.

So what do we do? Rather than pontificate (I know, too late) and predict, I am following the database. If you are a pullback player like me, you are now seeing fewer and fewer shorts based on the magnitude and duration of the recent market recovery. And, even if you are seeing some potential shorts, waiting for entries will likely keep you out of new troubles if this market continues straight up. Speaking of straight up, there are no new potential longs setting up just yet. This is because the market itself hasn’t pulled back. Start putting together your momentum lists. Mine’s filled with exciting stocks like the aforementioned Biotech and also some boring stuff like REITS. The nature of the next pullback will be key. If the market rolls right back over then we are back to shorting. If it can hit new highs and stick, then we will look to add on the long side. We don’t have to be a hero. We just have to follow.