The Man On The Street As A Microcosm 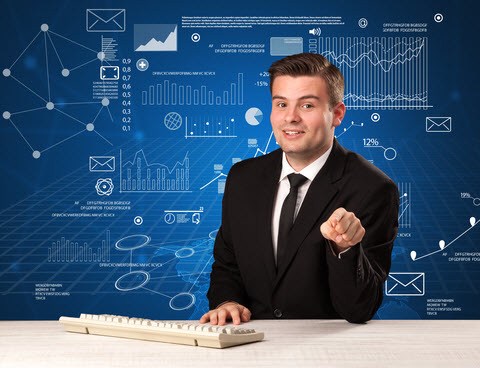 Markets trade on emotions, period. I read those emotions through the charts. To help wrap my head around things, I also like to listen to the "man on the street." I have found that he is often a microcosm of how the masses are thinking. As discussed often, in early 2019, while renting a moving truck, I noticed CNBC was on the TV.  "You trade?" I asked the proprietor. "YES!" he replied emphatically. The "chat-a-lot-a-gus" in me began to explain that I too am a trader, but he didn't seem very interested. So, I listened. He  said: "I'm glad that I held on through the December ('18) slide" and "Wish I would have bought more!" Biting my tongue wasn't easy, but I did manage to take a deep breath so that I could do the "little terminator thing" in my head:

I opted for #5 since experience is the best teacher (Okay, truth be told, my wife Marcy wouldn't appreciate me "schooling" someone while she was busy packing). Besides, it was apparent that this guy couldn't give two sh*ts about anything I had to say anyway.

Other men and women on "the street" include family and friends of my family: A slightly older family member recently succumbed a severe injury and might not be able to return to work. She was very concerned about the rapidly eroding value of her supposed-to-be "conservative" portfolio. Just a few short weeks ago, a good friend was excited about making "1k a day in his 401k." After the slide began in earnest, he told me that "He's in for the long-term, but unfortunately, his long-term is becoming shorter-term" (he hopes to retire in the not so distant future). My wife's friend also contacted me with similar concerns.  And, an in-law of an in-law who recently came into some "found money," wanted to buy airlines because she thought they were a value.

So, where am I going with all this? Well, again, the men and women on the street are a microcosm of market emotions. As I often quote:

The "sell when they need money" are those concerned about their "long-term" becoming "short-term." They might be looking to bail out or, at the least, "sell down to the sleeping level" on rallies, or most likely, on the next downturn. The bored quarantined Johnny-come-latelies, who happened to start trading during one of the greatest bounces in history, will be forced to re-think their trading prowess when the updraft ends.

Most Wall Street adages are dangerous, but I have accumulated a few that I deem worthy. Two of my favorites (which I first heard from Linda Raschke) are: "The market will do what it has to do to cause the most amount of pain to the most people." And, "The market will do the most obvious thing in the most un-obvious manner."

I think the "obvious thing" is a continuation of the recent big slide. The un-obvious manner has been the mother-of-all retrace rallies first-mission accomplished. This rally has punished the shorts (I have that T-shirt!). And, the rally has rewarded a lot of bad behavior such as the can't-get-shaken-out "buy and hope crowd," falling knife catchers (e.g., "Wish I would have bought more!"), and those who "need the money" (or will soon). The rally has also convinced the newly minted quarantined traders how easy this trading thing really is! Unfortunately, all of the above comes to an end if the market turns down in earnest. That's where the "most pain" really kicks in.

As I preach, I'm often wrong, but never in doubt. Again, I think the most obvious thing in the most un-obvious manner will occur. Said alternatively, I think we'll see new lows before we'll see new highs. I'm not going to be obstinate, though. As I learned very early in my career, I must  "Believe in what I see, and not in what I believe." I have a money management plan in place which has me holding on to some remaining shorts by the skin of my teeth. I'm keeping an eye out for new shorts but will only take them on triggers. Speaking of triggers, if buy signals and setups begin triggering (see the recent Dave Landry's The Week In Charts), then I know that I have to "not confuse the issue with facts."