Be Right Over Time – Dave Landry on Trading

Be Right Over Time 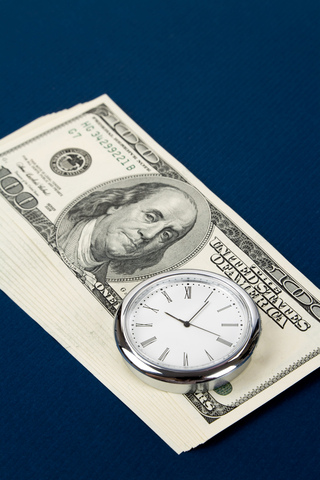 The Ps (S&P 500) didn’t set the world on fire but they did manage to close up ¼%. This action puts them a gnat’s eyelash away from all-time highs.

The Quack (Nasdaq) ended flat. This action keeps its breakout intact and it keeps right at 14-year highs.

The Rusty (IWM) lost .42%. Again, recently it still only appears to have pulled back and it still looks questionable. However, if it can keep pulling back then eventually it becomes more than just that.

My concern in the Ps remains the fact that they have had a “V” shaped recovery at high levels. This creates an overbought situation. Overbought can always become even more overbought but it is a dangerous time to jump in.

Now, not to talk out of both sides of my mouth but I am thinking that if the Ps can bang out new highs decisively, it will create performance anxiety. Those who have avoided the markets will buy at any cost at the fear of being left behind. This action could create “blow off” or bubble type move. That’s fine with me. As trend followers, we’re along for the ride. Keep in mind that I’m talking much bigger picture and there will be pullbacks along the way.

Again though, let’s not think too much nor too far out. Take things one-day-at-a-time. If the market breaks out and keeps on breaking out, we will be ready. And, if it stalls out at the prior highs, we will once again take transitional patterns—even though this “doing the right thing” hasn’t been the most profitable action over the last several years.

I think doing the right thing over time is key. Shorter-term it can be tough though. As I preach, the market can be a bad teacher. Sooner or later though, this thing will likely end badly but we will be ready. We won’t be blindsided.

I’m running a little late in my column today because I was busy working on my slides for the chart show—be there or be square (unless of course you’re busy saving lives, building buildings, repairing automatic transmissions, or doing other great things). As I screen captured the portfolio spreadsheet I began to think what a beautiful thing money and position management can be. It weeds out the stinkers and leaves you with the winners. This helps you believe more in the methodology which in turns increases your confidence which allows you to follow your plan. As mentioned in last week’s show, understanding the intertwined nature of these three crucial concepts: methodology, money management, and mind (psychology) can improve your trading. Improve on just one and the other two become better automatically. I’ll flesh this out in more detail later today in the show using live examples. I have digressed. That’s the beauty of writing a column called Random Thoughts.

Getting back to the markets, again, not much has changed in the sectors. Most are mirroring the action in the indices. Many bigger cap areas look a lot like the Ps where their pullbacks have pushed back into their prior ranges and towards new highs. And, many smaller cap areas remain in downtrends but keep pulling back like the Rusty.

The IPO market appears to be waking up again (more on this in the chart show). Speculation might just be alive in well.

So what do we do? Since the methodology requires a pullback, there still aren’t a lot of new setups just yet. Therefore, continue to manage what you already have. Take partial profits and trail stops higher as offered on longs. Since the market is generally going up for now, avoid any new shorts.
Best of luck with your trading today!