The Art And Science Of Setting Protective Stops

Setting protective stops is as much of an art and it is a science. The good news is that with a little common sense and experience, you’ll have a pretty good feel for where they ﻿should ﻿go. Before we get into that, how about an amusing anecdote? 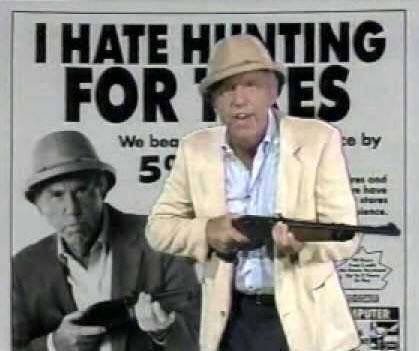 Way back when the earth was still cooling and I was focusing my energies on beer drinking and “dear” hunting, oops, I mean working on my undergraduate degree (just in case my mom is reading) in computer science at USL (now U-Lah-Lah), I remember an entertaining tire pitchman. His name was Sam Behr. Sam became a local celebrity by his tell it like it is tire selling: “Tires ain’t pretty, they don’t smell good…but you gotta have ‘em!” He also got into a little hot water by saying God told him that he’d die if he didn’t sell 80,000 tires next month (borrowing an Oral Roberts line) and that if Allied Tire didn’t hand torque your lug nuts, your nuts would fall off but I digress (imagine that, hey, what do you expect from a column named Random Thoughts?).

So what does this have to do with trading?

Every trade, no matter how well thought, has the potential to turn into a losing trade. That’s a fact. That goes for you, me, and that guy who screams on TV. Therefore, stops must be used.

So, How Do You Set ﻿﻿Protective﻿﻿ Stops?

There’s only 3 questions that you need to ask yourself when determining where the stop should ﻿﻿be﻿﻿ placed:

2. How volatile is the stock (or other underlying ﻿﻿instrument﻿﻿)?

3. Where would you be wrong as a trend follower?

The longer you intend on staying with a position, the wider your stop will have to be to ride out the market’s gyrations. So, you want to ride a long-term trend and make a lot of money? Well, you’re going to need a super wide stop. Unfortunately, the stops need to be so wide that trading only for longer-term gains simply isn’t feasible. Further, you’re accuracy is also going to be low because great trends don’t come along every day. The combination of those two is a recipe for disaster. We’ve all read about these famous traders who amass a fortune trend following. What’s missing is the Paul Harvey “rest of the story:” many have subsequently blown up. This is why I use a hybrid approach to money and position management. I go in for a “more sure” swing trade with a somewhat tighter short-term stop but then begin gradually allowing the stop to widen as the position moves in my favor. This way, hopefully (oops, did I say “hope?”), I’m able to stay with the position for a long, long, time. This allows me to “have my cake and eat it too”—to trade for both short-term and longer-term gains (see videos for a lot more on this).

As far as #2, there are some serious statistical measurements here (don’t worry, I believe that statistics are worthless, in fact 73.5% of all people know that!). And, since markets aren’t normally distributed, you have to tread lightly with them (see Thursday’s Week In Charts For More On This). I do like to use historical volatility (HV) to give me a feel for things. See this column for a definition and the math but don’t let that scare you. You don’t have to know very much about electricity to flip a switch and get light. Just know that HV is how much the stock has bounced around in the past, hence the word “historical.” Also know that it makes a great measurement of so called “beta”—how volatile a stock is on a relative basis. For instance, the market basis the Ps (S&P 500) currently has a 50-day HV reading of 13. Most of the stocks in my open model portfolio are currently around 7 times that amount. And, BTW,  you can't beat a market with stocks that are less volatile than the market.

The bottom line is that common sense is your best ally when setting stops. If the stock bounces around 4-5 points a day then setting a stop within that range all but guarantees you a loss. As I often preach, there’s a popular method that says that you should use an 8% stop on all trades. That’s like saying we should all wear a medium size shirt—something my fat arse hasn’t done since I was 5! 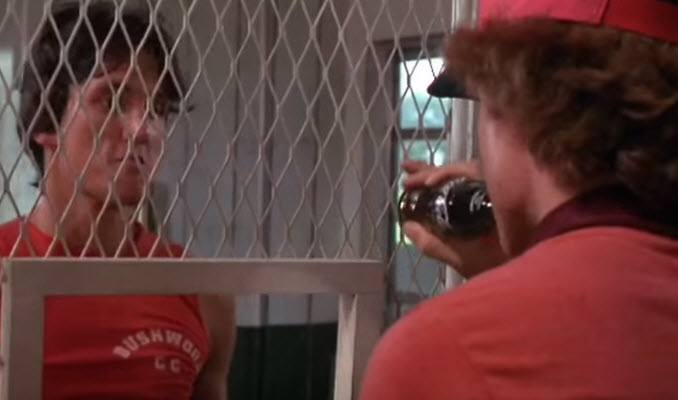 In my 04/14/16 chart show, I pointed out that some of the positions began with stops in excess of 30%. 30%? Come on Big Dave, “I’m not going to use a stop that wide!” Well, then you don’t get no Coke-ah. If the setup calls for a wide initial protective stop then that’s what you have to use. You compensate by adjusting your share size to keep the risks in line. In fact, I firmly believe that trading more volatile stocks (within reason) is actually less risky that trading less volatile stocks. See Understanding A Stock’s Volatility-Better The Devil You Know.

​As far as where you'd be wrong as at trend follower, this topic is much easier explained in a video format. Therefore, see the aforementioned (04/14/16) Week In Charts.

The Ps (S&P 500) are stalling a bit in their rally. It’s not the end of the world but they are bumping up against longer-term resistance. Yes, over the intermediate-term they remain in an uptrend but longer-term on a net net basis, they haven’t made any progress since late ’14.

The Quack (Nasdaq) is similar to the Ps but it has a lot more overhead supply to overcome.

The Rusty (IWM) remains concerning, especially longer-term. It has a mountain of supply just overhead going back to 2013.

Bonds have been weak as of late. The rising rates is putting pressure on Real Estate and Utilities. That leads me to my next observation…

Real Estate and Utilities appear to be exhibit A when it comes to the fact that it’s “better the devil you know.” On the surface, they seem stocks you can just buy, stick under the mattress, and sleep comfortably. Unfortunately, there’s NO safe haven when it comes to markets. They are beginning to implode with a larger-than-normal downside moves. The Foods are also forming similar type of moves. As I told my peeps last night, this is why it is sometimes important not to play the “only game in town” when the market is questionable, especially if that game is in so called “defensive” issues. It’s also a good idea to avoid areas like these when there are longer-term technical issues (see recent columns and webcasts for a discussion on “V” shaped recoveries at high levels).

The general weakness in the Dollar has helped commodities to trade higher as of late.

Although they took a breather yesterday, Energies and Metals & Mining have been in serious uptrends from major lows. This could give us a chance to reload on some setups here.

When you’re newer to trading, you tend to look for action. After you’ve been at it a while you ask yourself, “self, do I really want to put my hard earned capital into harm’s way?” Ironically, as often mentioned, the longer you’re a trader the less you trade. Trading is as much about knowing about when to stay out of a market and it is knowing when to play. Write that down. And, right now remains a time where you want to stay mostly out of the market. Wait for your pitch. We could see some wonderful shorting opportunities in the aforementioned interest rate sensitive and defensive areas soon. Also, again, the commodities could be worthy of another go soon. For now, be patient. Whatever you do, just make sure that you’re using protective stops because like tires, you “gotta have ‘em.”