A Shot Across The Bow, A Canary In A Coal Mine, Or Just BS Holiday Trading? – Dave Landry on Trading

A Shot Across The Bow, A Canary In A Coal Mine, Or Just BS Holiday Trading? 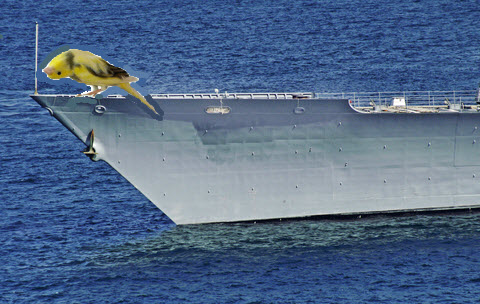 The Ps (S&P 500) ended a smidge higher. Nevertheless, this is enough to keep them at all-time highs. So, all is good in the world? Well, not exactly but we’ll get to that.

The Quack (Nasdaq) gapped higher but then came right back in, losing 1/3% for the day. This action has it stalling at its November peak.

The Rusty (IWM) also gapped open but it too came right back in. It did manage to hold onto a small gain—enough to keep it multi-month highs and within spitting distance of all-time highs.

I’m a momentum guy so when one of my own gets taken out, I begin to get concerned. Biotech was hit hard yesterday, losing nearly 5% of its value. One has to wonder if GILD, mentioned on Tuesday, was the proverbial canary in the coal mine here.

Drugs were also hit hard, losing well over 3% for the day.

So far, the Drug and Biotech slide only appears to be mostly a reality check for the mostly well established companies. The smaller companies weren’t hit as hard. In fact, some are set up as buys coming into today. As mentioned yesterday, promise can push a market a lot further than reality. However, it’ll have to stop somewhere. For now, it is a case of the bigger they are, the harder they fall. Do wait for entries should you decide to establish new positions here. That, in and of itself, can often keep you out of new trouble. On existing positions, honor your stops. If taken out for a profit, then say “so long and thanks for all the fish” and then move on. If stopped out at a loss, then so be it. Longer-term you get paid to take chances. It’s important that you stay in the game. He who fights and runs away lives to fight another day.

The rest of the market tended to follow suit with the indices. Like the Ps, most bigger cap issues like Conglomerates, Consumer Non-Durables, and Durables nudged higher to end at new highs. Tech areas like the Semis paused at their prior highs—like the Quack itself. And, most of the small cap momentum stocks did okay.

I hate the fact that Drugs/Biotech are being pushed around during the holiday season. This makes it tough to get a true read on what’s really going on. During these conditions the moves can be exacerbated. If someone needs out and the liquidity isn’t there, the price must drop until someone is willing to step up at a perceived bargain.

At this point, it is impossible to tell if this is the start of something bigger, a shot across the bow if you will.

So what do we do? The first thing to remember is that trading around holidays isn’t usually a good idea in and of itself, especially when you consider today is a shortened trading day. If you really like a setup, then take it. If not, then get a head start on your holidays. As usual, make sure you wait for entries in case some of the weakness we saw on Tuesday follows though. On the short side, don’t fight the tape just yet. Focus on those areas that can trade contra to the overall market like the energies.

To those who celebrate, Merry Christmas!