Just A Shot Across The Bow? – Dave Landry on Trading

Just A Shot Across The Bow? 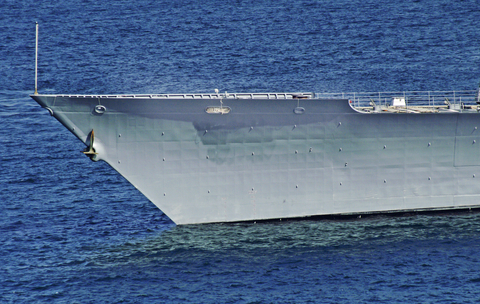 On the surface, not much happened. The indices were down modestly. I suppose they were due since they’ve had a pretty good run as of late. It’s not so much what they did but how they did it. They rallied to new 1-month plus highs but then promptly reversed and closed poorly. This action has them stalling near the top of their ranges. Now, as preach, as long as the market remains in a range, let’s not get too excited. It does score as a bummer though.

There was a bit of a shot across the bow with interest rates. Bonds, basis the TLT lost nearly over 1 ¾%. Utilities got whacked, losing over 3 ½%. The REITS lost over 2 ½%. It’s too soon to call a top in these markets but it is beginning to look a little ominous. The question now becomes will rates continue higher and will this cause a tapping of the brakes in equities? It will be important to keep an eye on bonds to see if they continue to top.

Gold the commodity basis the GLD lost over 2 ½%. This action puts their recent bottoming action into question.

Oil the commodity basis the USO gained over 2%. It looks poised to continue its rally out of Pioneer First Thrust (full disclosure: we are long USO). As I preach, with a pioneer pattern you either get the gold or get arrows in your back. The chance of getting into an emerging trend early makes it all worthwhile. If the market goes on to make new lows, then you get out of way. This makes for a very good reward to risk profile. See the last 2 Week In Charts for more on stops and Pioneer First Thrust. If Oil does continue to rally, then we should start seeing emerging trend patterns in the Energies soon.

The Semis peeped up to brand new highs but saw their shadow and went right back in. This action scores as a bummer since it has them stalling at the top of their trading range.

Some of the recently stronger areas such as Biotech have been losing steam as of late.

Things are beginning to unravel a bit. Again, let’s not get too excited while the indices are stuck in a range. Do pay attention to the developing situation. Let things unfold. If bonds go on to make new highs and interest rate sensitive areas stabilize then we may have dodged a bullet.

So what do we do? As long as a market remains range bound less is more. Take little action unless you really really like a setup. I’m seeing a few shorts coming into today. I’m not going to load the boat but I might nibble on a position if triggered. I’d rather avoid the short side altogether but as a trader I’m forced to play the hand that’s dealt. Aforementioned, Crude Oil still looks like it has potential. If it does follow through, the Energies should follow suit soon. Again, for the most part let things unfold.