A Real Bitch But Here’s What You Can Do 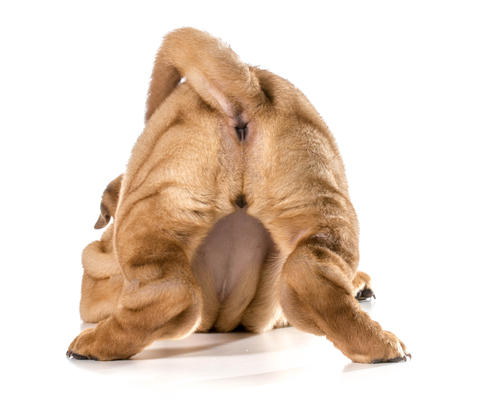 The market can be a real bitch. It can make you feel real good, lulling you into a false sense of security. Then, right when you think you have it all figured out, whack. Never forget that the market can do whatever it wants. It’s been said that the market will do what it has to do to frustrate the most people. I agree but you have to be really careful not to personalize it.

The market doesn’t care about you, me, or the guy who screams on TV. Unlike your co-workers, the market isn’t out to get you. It will do what it will do, irregardless of you.

If the market does whatever it wants, then how can you trade if you don’t know what it is going to do? Simple. You seek out existing or emerging trends and then look to get onboard. And, BTW, remember, the only way to make money trading is to catch a trend—you have to sell higher then you buy (or cover lower than you shorted). I know, duh, but you’d be surprised how many people try to overthink and outsmart the market. Once in a stop will keep you in if you are right and take you out if you are wrong or when (not if) you are no longer right. You will need a plan. You do have a plan?

He Who Fails To Plan, Plans To Fail

Making a plan is easy. Following it, not so much. Like Tyson once said, “Everyone has a plan until they get punched in the face.” The question of the week in yesterday’s TimingResearch.com panel was about overcoming the psychological problems associated with trading (see my YouTube channel likes). This got me thinking about tips, tricks, and games that you can play.

Nomenclature is important. When something goes against you do you label it as “interesting” or do you drop an F-bomb? I know, easier said than done but if you can watch what’s happening and not overreact, you’ll do just fine. A stop will take you out when the trend ends. We get paid to trade. Trade is the key word in that sentence. The trend is your friend but you have to be willing to say goodbye to old trends and then seek out new ones. When stopped I remind myself that I now have a new slot open in the portfolio. And, if I work hard to believe in what I see and not in what I believe—intuition vs. “into wishing” (Market Wizards)—then I’ll be able to fill that slot with another great stock. And, that one might have potential far greater than its predecessor. Oh, at the moment I’m not quite so philosophical but I will play some games when I find myself on the verge of dropping an F-bomb. One of the silly things I do in-my-best-Paul-Giamatti(John Adams)-fake-British-accent-voice is to shout “I SAID GOOD DAY!” Often, I find myself giggling. Goofy but it works for me. You’ll have to find what works for you.

It’s getting a little sketchy out there. Bonds and the Dollar bounced but that’s about it. Even Gold got hit hard. For the most part, there was no place to run, no place to hide.

The Ps (S&P 500) sold off fairly hard, losing just over 1%. That’s no big deal but it does score as a bit of a bummer since it was just recently at all-time highs. For now, they are once again stuck in a stupid sideways range.

The Rusty (IWM) remains the disappointing step child. Tuesday’s action keeps it looking like a big picture top. There’s no need to sell the farm just yet but you might want to get it appraised.

Following in the footsteps of the indices, a lot of areas stalled at or near their new highs. A non-exhaustive list of these includes the Semis, Chemicals, Foods, Health Services, and Financials including Banks and Insurance. I can go on and on but I don’t want to bore you. Too late?

Some areas such as Retail are approaching the bottom of their sideways ranges and some areas like Transports broke down with vigor out of those ranges.

I get asked a lot about how to factor in the overall market behavior. As a general statement, if the big blue arrow is pointing sideways then you want to pick your spots very carefully. Luckily, we have been seeing opportunities so far this year that have been able to rally in spite of the market (see the webinar from last night–below). This might be changing, at least for now. The aforementioned commodity areas have been in a slide as of late. Ditto for other areas that have been performing well such as China and Latin America.

So what do we do?  Honor your stops on existing positions and be super selective on new ones. Again, use intuition vs. into-wishing. Sometimes, you just have to wait.