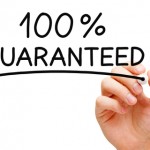 It was a mixed day internally. It seemed like the bigger cap stocks were flat to soft but the smaller cap stocks did okay. I suppose this isn’t a shocker when you look at the Rusty which managed to gain a little over ½%.

Could this be a harbinger for the so called “January effect?” You know me, one day at a time. And, in general, I tend to be in small(er) cap issues anyway—at least on the long side.

Okay, back to the current market. So far, the major indices and most sectors remain in uptrends and have only begun to pull back.

Avoid sectors like Retail, Foods, and Consumer Non-durables that have pulled back into their prior ranges or remain mostly sideways and keep an eye out for other sectors just in case they do the same.

Energies look questionable. Metals & Mining also look questionable overall but there are some pockets of strength here such as Steel, Copper, and Aluminum. Gold & Silver, although weak on Friday, still appear to be in the process of bottoming. “Process” in the key word in that sentence—no need to be a hero just yet.

Bonds continue to hang in there—finding support at their recent lows. I think it’s important for these levels to hold.

So what do we do? Once again, even though the market pulled back a bit, I’m still not seeing a whole lot of new setups just yet. Be patient. If the market can hang in there, we will. For now, continue to focus mostly on existing positions. I would still avoid new positions on the short side as long as the indices can hang around their old highs.