03/18/20 Bear Market Update-Catch The Falling Knife Or Be A Trend Following Moron? – Dave Landry on Trading

03/18/20 Bear Market Update-Catch The Falling Knife Or Be A Trend Following Moron?

Bottom picking gurus are pontificating their brilliance. Should we buy while the market is on sale? No. Keep reading.

Predict Early AND OFTEN, I Suppose 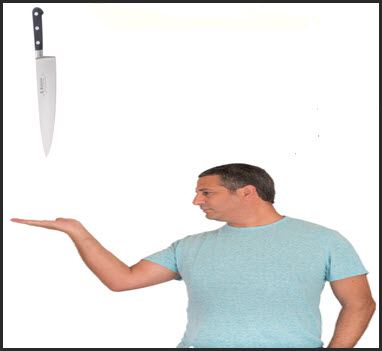 The gurus are coming out of the woodwork to call a low. "Catching a falling knife" is a very dangerous game. Like the annoying Farmer's guy, "I know a thing or two because I've seen a thing or two." Been there, done that. Being right, but early, has ruined many careers. It reminds me of The Big Short:

Investors: We have no confidence in your ability to identify macroeconomic trends.

Michael:  I may have been early, but I'm not wrong.

Well, maybe that's not the best example since Mike actually did okay. However, he was very close to blowing up.

I get it. The market anticipates the future. So yes, markets bottom on fear, not good news. The so-called "fear index" is pushing it's highest level since 2008 (see the 03/17/20 update). And yes, this is the most oversold market since the Chinese rice bear market in 1600. The problem is that if you're off by just a few days, you'll do a lot of harm to your account. As I've been preaching, it's always darkest right before it gets more dark. The market was extremely oversold weeks ago.

What It Means To Be A Trend Following Moron

Initially, I was offended when a famous trader called me a trend following moron. Okay, I was crushed.  The trader initially sang my praises as I drew big blue arrows on the chart. This quickly changed when he starting shorting markets that were going straight up. He was confusing the issue with facts. I just kept drawing my up arrows-which really pissed him off.

Over the next few weeks, I began to wonder if I was "nothing but a trend following moron?" Well, I seemed to make money on the whole when I just followed along and seemed to lose money when I tried to outsmart the market. Yep, I am nothing but a Trend Following Moron, but that's okay! It became a badge that I wear proudly-sometimes literally!

You often won't look smart as a trend follower. You'll overstay your welcome at tops and bottoms, but that's okay. It just comes with the territory. The model portfolio began stopping out of long positions as things soured. A lot of open profits were given up, and there were some outright losing trades. After the turn, shorts began setting up. Net net, depending on the time of the day, the model is now slightly in the black since the shorts have worked out nicely-so far, pausing to knock on wood.  I can assure you that eventually, a sizable portion of these profits (or profits from new short positions) will be given up after the market bottoms. That's okay. We'll start getting long again. I'd rather be long anyway. However, if you can't be in the trend you love, love the trend you're in!

One more point, as a trend follower, you'll spend a lot of time being "less wealthy." Markets spend a lot of time backing and filling. And, again, you're going to overstay your welcome when the trend party ends. When you finally catch a trend, it can be a thing of beauty. The market opens limit down, and you're looking to take profits on your shorts. As Linda Raschke says, you "feed the ducks while they're quacking."

To The Markets-Where Are We Now?

My big concern has been what happens if we take out the pre-liquidity bazooka lows. We did that on Monday with ease. Obviously, Tuesday's rally was impressive, but we didn't end much above the last Thursday's (03/12/20) low. With the futures down nearly 100 points/over 3%, it looks like we're back to the direction of the big blue arrow.

If you're following along, use the soft open to take partial profits on your short positions as they hit your initial profit target and trail your stop lower. Yes, the market WILL bottom at some point. In the meantime, don't be a hero.